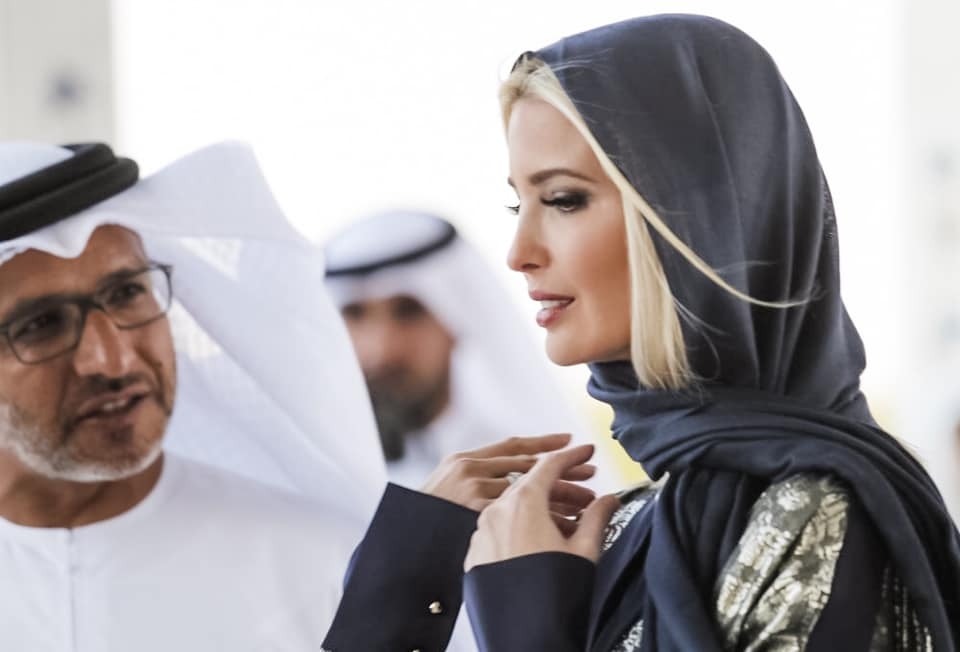 President Donald Trump’s daughter and senior advisor Ivanka Trump arrived at the UAE on Saturday to attend the Global Women’s Forum Dubai 2020 as well as for a meeting with the Crown Prince Sheik Mohammed bin Zayed Al Nahyan. However, netizens were not pleased with her fashion choice when she met with various Middle Eastern leaders.

In fact, people roasted Ivanka Trump when pictures showing the White House adviser wearing a hijab while visiting the Sheikh Zayed Grand Mosque. She was criticized for using a hijab and many even accused her of “fake support” for Muslim women, Indy100 reported.

Some critics believe that the attire was not appropriate for someone who’s advocating gender equality. “When you travel the world promoting gender equality--but you and the other chicks cover your head and remove your shoes-- while the men... well...,” a Twitter user commented.

Others say that what Ivanka Trump did was just a performance and probably a bad one at that. “If she's going to persist in this performative shit, could someone get her some acting lessons? Can I nominate this for next year's Razzies?” wrote another Twitter user.

Some critics wanted to remind the White House adviser that donning a hijab is symbolic of the inequality women received in the patriarchal society in the Middle East. “Welcome, Ivanka, to the long line of free women who voluntarily don a tool of religious subjugation that gets women beaten, imprisoned, and killed all over the world,” said one netizen. “Welcome to the long line of women w power who betray women without power. I’m so tired. #FreeFromHijab”

A few suggested that, rather than submitting to the norms, Ivanka should have ditched the hijab as a form of protest. “I’m very disappointed that she wore the hijab,” a netizen wrote. “She should’ve taken it off inside the mosque and waved it on a stick. I know that Ivanka does a lot for women empowerment, but it was a major mistake for her to wear the hijab, even if she only wore it inside a mosque.”

Others say that Ivanka should have empathy for Muslim women who are powerless in their society. “Shame on you Ivanka!!” another Twitter user wrote. “One day you’ll be ruled by men who’ll force you to wear the hijab!! Have empathy for those women who are flogged & jailed in the Middle East. You should lead with your head held high for women's’ rights & freedom!!”

Of course, there were those who approve of Ivanka wearing a hijab. According to her supporters, there’s nothing wrong with it since she’s just showing respect to the religious practices of the host country. In addition, it also donning the piece of cloth does not mean she advocates for it.

“Ivanka is just respecting the holy place which is outside her country,” one of her supporters defended her. “She is not hijab advocate. If you want to be taken seriously, you have to be little considerate about people's feeling and situation than being an extremist (about your views), it puts you in the same bucket.”

Another explained that wearing a hijab is no different than other customs in different religions. “I have to disagree with this one,” one supporter explained. “In a Church, you take off your Hat, in a Synagogue you have to wear kippa and in a Mosque, you have to cover your hair, not even fully. It's just a gesture of Respect.”