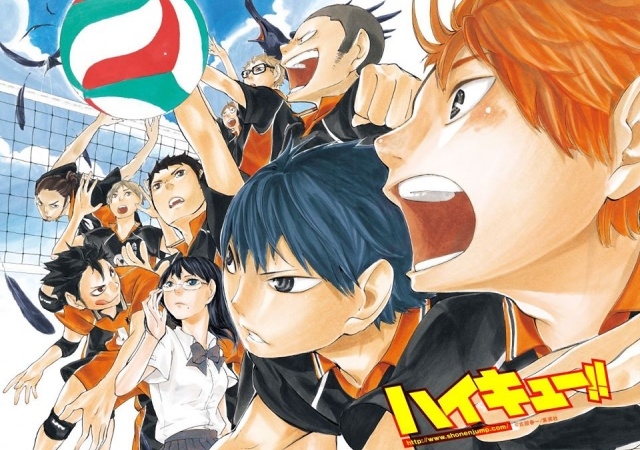 The game between the MSBY Black Jackals and the Schweiden Adlers is really heating up as it looks like there will be no more fifth set in the game. In the upcoming “Haikyuu” chapter 401, the game will continue from the point when the Jackals are leading by one point and the game is about to end already.

“Haikyuu” chapter 400 titled “The Great Monster War Part 2” was released just two days ago and as the game in the fourth set match continues, fans were able to witness a really intense as Kagayama’s team, the Adlers, did their best to catch up with their opponent.

The Adlers were able to do a good job by scoring four points consecutively but still, Hinata’s team, the Black Jackals, always manage to reclaim the lead. At one point, the match point happened when both teams scored 24 when the Adlers evened out the score with their furious attacks.

Although Shoyo Hinata and Tobio Kageyama have a strong bond as teammates when they were still in Karasuno High, they displayed great rivalry in this game match. This is understandable as both teams need the win.

Finally, the previous chapter ended with the 25-24 score and the Black Jackals are winning at this point. The next story will surely feature heighten tensions from both teams as this is their last chance to claim to the win in “Haikyuu” chapter 401.

Now, just as fans are waiting for “Haikyuu” chapter 401, a rumor about the manga series’ conclusion has surfaced. The shocking thing is that - it was said that it will end this month!

The rumor started when avid fans got to see the publishing schedule for the series. Soon, they headed to forums to talk about the issue. On Reddit’s discussion page for “Haikyuu,” fans have commented about the manga series’ reported ending.

“I know this is not the last chapter, but since it's obvious it's only a matter of weeks until we reach the definitive conclusion, I want to take a moment to appreciate Haikyu!!,” Randerth wrote It's been an indescribable pleasure following this manga for the last 5 years that is filled with all sorts of emotions and more importantly some genuine lessons.”

“I feel sad knowing this game is coming to a close soon,” another one commented. “I’m hoping we can see some after game moments.”

It was also mentioned that the series will end with chapter 402 so it means there are only two more stories to go before Furudate sign off. It was also predicted that the MSBY Black Jackals will win in “Haikyuu” chapter 401 since it is high time for Hinata to shine. They said that it is his turn now since Kagayema has already won matches in the pro games.

Meanwhile, “Haikyuu” chapter 401 will be released on July 12 as per VIZ Media.