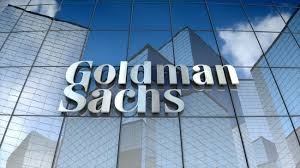 Goldman Sachs is not a fan of cryptocurrency

Goldman Sachs blasted bitcoin and other cryptocurrencies as unsuitable investments for its clients in its report.

In its report, Goldman Sachs compared bitcoins to the tulip mania of the 1600s in the Netherlands, one of the most infamous instances of speculative bubbles.

Pointing out that since cryptocurrencies, including bitcoin, do not generate cash flow or earnings and do not provide consistent diversification benefits, it should not be classified as an asset class.

The bank added that although its volatility might make it appealing to hedge funds, there is no evidence that bitcoins are an inflation hedge,

Goldman Sachs also contradicted the perception that cryptocurrencies are a scarce resource, noting that many were formed following a programming fork.

Bitcoin investors insist that its limited supply, capped at 21 million, makes it a catalyst for a price surge.

The bank also noted illegal activities tied to cryptocurrencies, such as money laundering and Ponzi schemes.