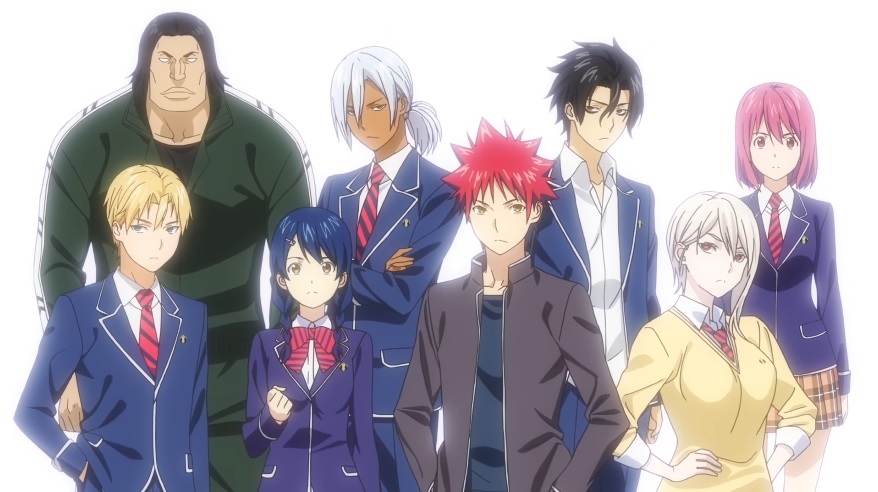 Anime-only fans are close to realizing how the series that was thought to be mainly focused on Soma’s journey is actually more about Erina. “Food Wars” season 5 episode 12 is titled “The Perfect Rocks” suggesting it will be revealed in the anime how the current generation of Totsuki chefs was carefully planned for Erina’s sake.

‘Food Wars’ season 5 episode 12 spoilers: What the title ‘The Perfect Rocks’ could mean

First, it needs to be pointed out that the anime has been rearranging several scenes from the manga. But it still looks like both series are headed in the same direction with the final story arc being mainly about Erina’s struggles with the God Tongue and complicated family issues. As for “Food Wars” season 5 episode 12, the title “The Perfect Rocks” is similar to the manga’s penultimate chapter where Sanzaemon’s grand plan for his granddaughter was revealed.

The rocks being referred to in the “Food Wars” season 5 episode 12 title, or at least in the manga, are the best young chefs currently attending Totsuki. Alice, Ryo, Megumi, Takumi, Soma, and the others were all handpicked by Sanzaemon to surround Erina and act as the “perfect rocks” that will challenge her to polish her culinary skills. All these efforts were rooted in Sanzaemon’s fear that Erina would only end up in despair just like other Nakiri clan members gifted with the God Tongue, including her mother Mana.

This potential “Food Wars” season 5 episode 12 revelation would then make it clear that the series was not mainly about Soma’s goal to dominate the culinary world. It was not even about him defeating Joichiro anymore at this point. This part of the manga series was what also made some fans dislike how the story ended, so it is interesting how anime viewers will react to this major twist.

On the other hand, drastic changes in the plot cannot be ruled out yet. The “Food Wars” season 5 episode 12 synopsis from the series’ official website does not mention Sanzaemon but says Azami will visit his estranged wife to reminisce about their past. That could be a hint that “the perfect rocks” may have a different meaning in the anime.

“Food Wars” season 5 episode 12 could also be one of the last episodes of the series considering only five manga chapters are remaining to be animated, including the three-part epilogue Le Dessert. Episode 12 will be released on late night Friday, Sept. 18 with a simulcast on Crunchyroll.