Explainer: how student fees are set for different university courses 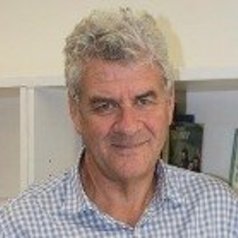 The issue of how universities are funded across their different courses has been an ongoing but unresolved debate over the past decade.

It has again come to the fore as the Commonwealth government considers responses to its consultation paper for ideas about how best to reform higher education in Australia.

How university courses are currently funded

University courses are funded by the government at different levels through a government subsidy and a student contribution which, taken together, form the total price for each course.

There are currently eight funding clusters for government across different course areas.

An additional loading is also available for enrolments in courses in regional campuses to reflect the higher cost of delivery in regional areas.

The total price paid for each course varies significantly. The humanities, law and commerce assessed as lowest-cost. Dentistry, medicine and veterinary science science are the highest.

In 2017, the funding clusters will include:

Why we have this system

This funding system was first introduced in 1989 following an extensive analysis of relative university course costs.

It was an important reform as universities could be over- or under-funded relative to other universities based on their course and enrolment profile.

The new funding system was also introduced with HECS so that students, as well as taxpayers, could contribute to course costs (but only repay when they began to benefit from their university education).

HECS levels were initially set at a uniform $1,800 regardless of the course cost.

However, a major change was introduced in 1997 when HECS contributions were varied by grouping them into three levels to reflect the likely private benefits to graduates from different courses (in terms of lifetime earnings) and the course cost.

But in some areas such as law and commerce, students now also contribute a much higher proportion of course costs than students in humanities, based on an assessed private benefits – even though the course costs are similar.

Problems with the current system

In 2008, The Bradley Review concluded that the different levels of funding across university courses in Australia “appears to bear little relationship to the actual cost of teaching or to any notional public benefits and that maximum student contributions per course similarly had no strong policy or empirical basis”.

The review recommended that further work be undertaken to achieve a “more rational and consistent sharing of costs between costs and discipline clusters as part of a broader review of the base funding of universities”.

The subsequent 2011 Higher Education Base Funding Review found that, while on average funding met the overall costs of teaching and scholarship across universities (but not the costs of research), several course areas were underfunded.

However, the then Labor government did not act on these recommendations.

The funding reforms announced by Minister Christopher Pyne in 2014 also proposed to reduce the number of clusters and to shift some courses between clusters.

But this proposal failed to pass the Senate along with the other funding reforms proposed by Pyne (including the full deregulation of the student contribution and a uniform 20% cut in the government subsidy).

The government’s consultation paper has now also concluded that the funding band rates do not reflect well the relative cost of delivering different courses. This results in cross subsidies between courses and, in some areas, cross subsidies to research.

In the consultation paper, the government has suggested undertaking a pricing review with the higher education sector overseen by an independent expert panel.

This proposal has been broadly supported in submissions from the sector including from Universities Australia.

The review could consider the overall funding levels, funding relativities and the differing private contributions by students.

However, a pricing review of this kind is not just a technical exercise. It cannot be undertaken in isolation from broader higher review objectives, issues and outcomes.

These are complex issues. But after almost a decade of failed processes to reform the current funding system, the government’s current consultation process, and any subsequent pricing review, must produce a revised system for financing universities in Australia that allows then to respond to emerging demands and improve the quality of outcomes for students in all courses.

Peter Noonan is employed by Victoria University. The University receives public funding through the system analysed in this article. He was also a member of the Expert Panel for the Review of Australian Higher Education (Bradley Review) and was closely involved in the development of HECS and the initial higher education relative funding model in 1989.