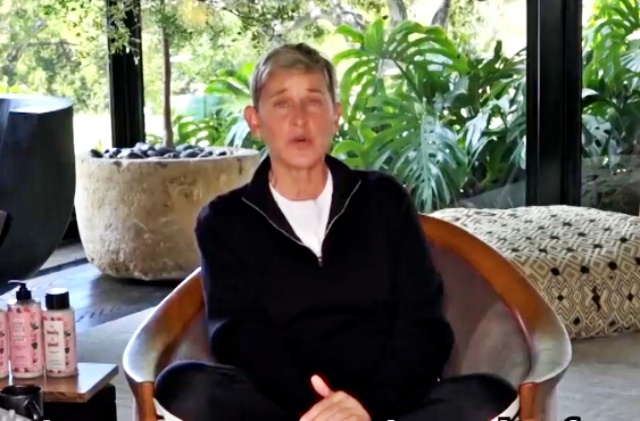 Photo by: The Ellen Show/Instagram

Ellen DeGeneres is going through a lot these days since the news of her being mean was released. Things are just getting worst for the embattled “The Ellen Show” host as it appears that more and more people are coming out to expose the 62-year-old.

The host who is known to have helped many people was reported to be really “mean” in real life or behind the camera. Many people especially her former staff attested that the allegations are all true - that Ellen DeGeneres created a toxic work environment not just in “The Ellen Show” but other places she works in.

Now, as the story about Ellen DeGeneres develops, even her household staff have finally broken their silence. Former house helps revealed Portia De Rossi’s wife torments them while at work in her home. In fact, they refer to her mansion as a “boot camp” due to the things they went through.

The Daily Mail reported that someone who claimed to have worked in one of Ellen’s homes in California claimed that her employer is even worst at home than her alleged toxic behavior at work. She said that she had worked for the host for several months in the past.

The former employee shared that Ellen would hit them with a long list of work and what they should and not do. From serving food in the wrong bowl to placing the salt shaker in the spot and making sure that the latte they served to Ellen was frothed the way she liked it, the host nitpicks and criticized them if something did not go the way she wants it.

The staff also mentioned that Ellen DeGeneres “lay traps” for them before she leaves for work. She would leave matchsticks in the cupboard doors and cushions so she could check if the house staff were cleaning every inch of her mansion.

“My belief is that someone's real personality comes out at home,” she told the Mail. “So after everything that has been said about her at work, you can imagine how terrible Ellen is going to be at home when her guard is down. Sometimes she would yell at us but it was more about the incredibly condescending tone she would use.”

Furthermore, the employee shared that they were being “treated like nothing” and in fact, staff rarely last more than a few months working in Ellen DeGeneres’ home. There was even a time when she fired someone just two hours into her job because she takes pleasure in “firing” people who work for her. “She was going to torture you and you were just going to sit there and listen to it because you were being paid.”