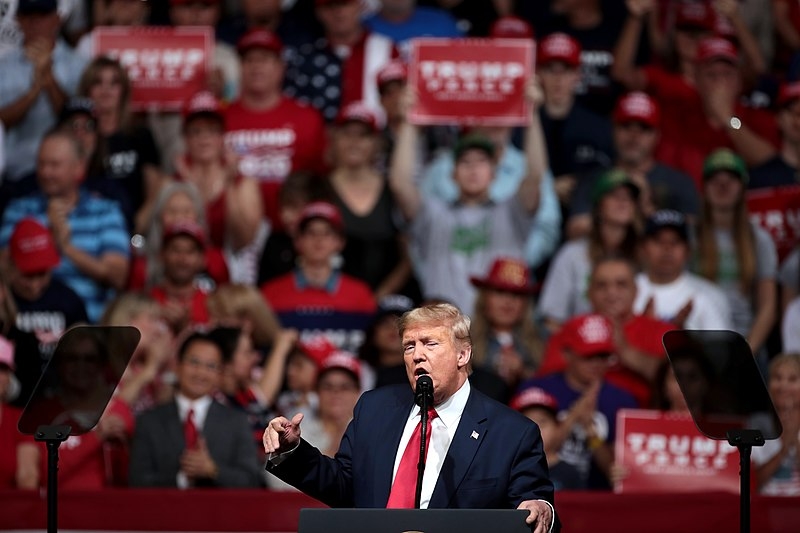 President Donald Trump has always tried to evade investigations into his finances, despite constantly boasting about how much money he has and corrects anyone who would only refer to him as a millionaire. However, officials at Scotland may be looking into that as suspicions of Trump being involved in a serious crime rise.

Politicalflare reports that a member of the Scottish Parliament, Patrick Harvie is asking his fellow MPs to look into Trump’s supposed multi-million deals, most especially those deals made to acquire properties in Scotland. Those properties include his two golf courses and his Turnberry resort. It has been suspected that, especially with the two golf courses, Trump has been using American taxpayer money to keep his businesses in Scotland running.

Harvie stated that there are “reasonable grounds” in suspecting that Trump, and or his associates, may be involved in a serious crime. He is currently asking his colleagues to get an “unexplained wealth order” from the Scottish courts, which would then allow them to look into Trump’s finances and investigate just how he is maintaining his businesses in Scotland. The unexplained wealth order in Scotland allows for the government to look into potentially corrupt foreign officials who may be suspected of laundering stolen money through the United Kingdom. Should these officials fail to provide sufficient and legitimate evidence of their source of wealth, then the Scottish government can seize the properties.

The BBC reports that the United States Congress has received word regarding the concerns about the matter. Eric Trump responded to these concerns as baseless then proceeded to call Harvie’s inquiry “reckless, irresponsible, and unbecoming for a member of Scottish Parliament.”

However, Harvie had already explained that Trump’s known source of income does not align with the cash transactions, and also said that the reason for their proposed inquiry onto Trump is that they saw patterns of buying and selling that may suggest that the funds were laundered. This is most especially regarding the golf courses in Scotland and Ireland that he previously acquired back in 2012 and 2014.

Harvie also said that by seeking the unexplained wealth order would then make it clear to anyone that one does not simply buy whatever land and or property they want without question.