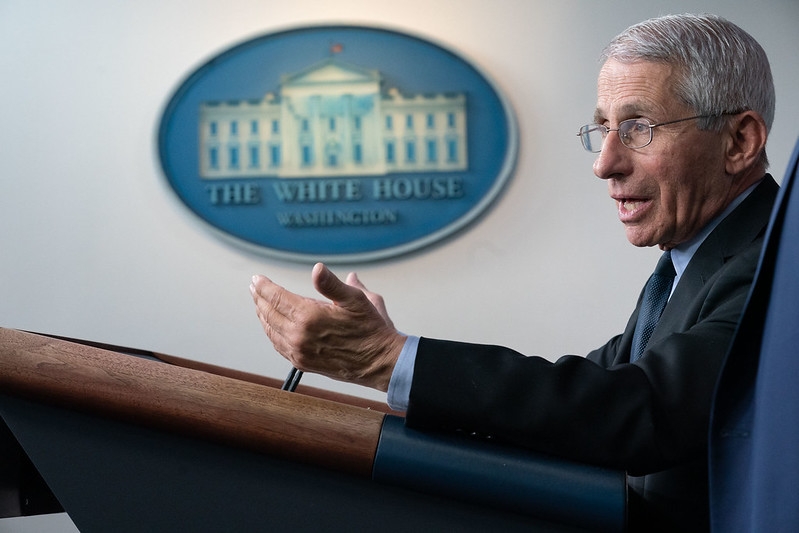 Dr. Anthony Fauci, the top infectious diseases expert in the United States, is also one of the most visible members of the White House coronavirus task force. In a recent interview, Fauci said that his meetings with President Donald Trump have “dramatically decreased” recently.

In an interview with Stat new, Dr. Fauci was asked if he is in frequent contact with President Donald Trump to give the POTUS updates on the coronavirus vaccine development. However, the National Institute for Allergies and Infectious Disease director explained that Trump has decreased his meetings with Fauci recently.

“We used to have task force meetings every single day, including Saturday and Sunday, and about 75% of the time after the task force meeting we'd meet with the president,” Fauci said, according to Business Insider. “So I was meeting with him four times a week back, a month or so ago.”

Dr. Fauci added that his meetings with President Donald Trump have become less frequent lately. “But as you probably noticed, that the task force meetings have not occurred as often lately,” the health expert added. “And certainly my meetings with the president have been dramatically decreased.”

In May, the White House hinted that the coronavirus task force would be dissolved, according to The Hill. However, President Donald Trump later decided that it will remain in place “indefinitely” after the original plan to dissolve it faced public backlash.

Dr. Fauci also expressed optimism that a coronavirus vaccine will eventually be found. “What I like about the whole thing is that there are multiple candidates that we’re involved with,” he said.

“It just feels good to be directly or indirectly involved in four or five candidates, to do it in a way that I refer to as sort of harmonized, where you come to an agreement, which we did, that we’re going to do things where the trial protocols will be quite similar, where the laboratory tests that we’re going to ask for are going to be quite similar so that you can extrapolate results from one study to another,” the National Institute of Allergy and Infectious Diseases said.

Dr. Fauci previously said that a vaccine might be available later this year. “I think that the president and the administration would be really very happy if we had a vaccine that we could deploy by the end of this year,” he said.