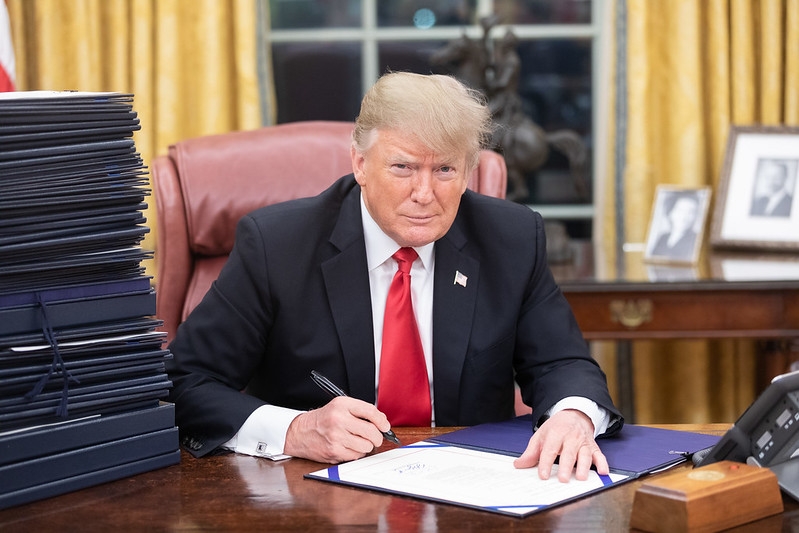 President Donald Trump is launching a project that aims to fast-track the development of a coronavirus vaccine. Called “Operation Warp Speed,” its goal is to manufacture millions of doses of the vaccine by the end of the year, according to CNN.

“I hope we’re going to have a vaccine and we’re going to fast-track a vaccine like you’ve never seen before if we come with a vaccine,” Donald Trump said during a meeting with New Jersey Gov. Phil Murphy at the White House, CNBC reported. “I think they probably will.”

The project’s goal might appear a bit optimistic but Trump is confident that it can be done. “I’m not overpromising,” he said. “Whatever the maximum is, whatever you can humanly do, we’re going to do.”

Trump also said that he will personally oversee the project. “I’m really in charge of it,” the POTUS said. “I think probably more than anything I’m in charge.”

There are multiple projects all over the world working on creating a coronavirus vaccine but it might take some time before their efforts bear fruit. According to the National Institute of Allergy and Infectious Diseases director Dr. Anthony Fauci, a vaccine for the virus might take between a year and 18 months to develop.

However, Donald Trump said that in Operation Warp Speed, both government researchers and pharmaceutical firms will join forces to shorten the development time of the vaccine, a cooperation that has been described as a Manhattan Project-like effort. The Manhattan Project was a World War II led by the U.S. with support from the U.K. Canada to develop the first atomic bomb and end the war.

One positive development in the country’s fight against the pandemic is that Gilead Sciences’ antiviral drug remdesivir showed positive outcomes in initial trials. COVID-19 patients who took the drug recovered 30 percent faster than those who took a placebo.