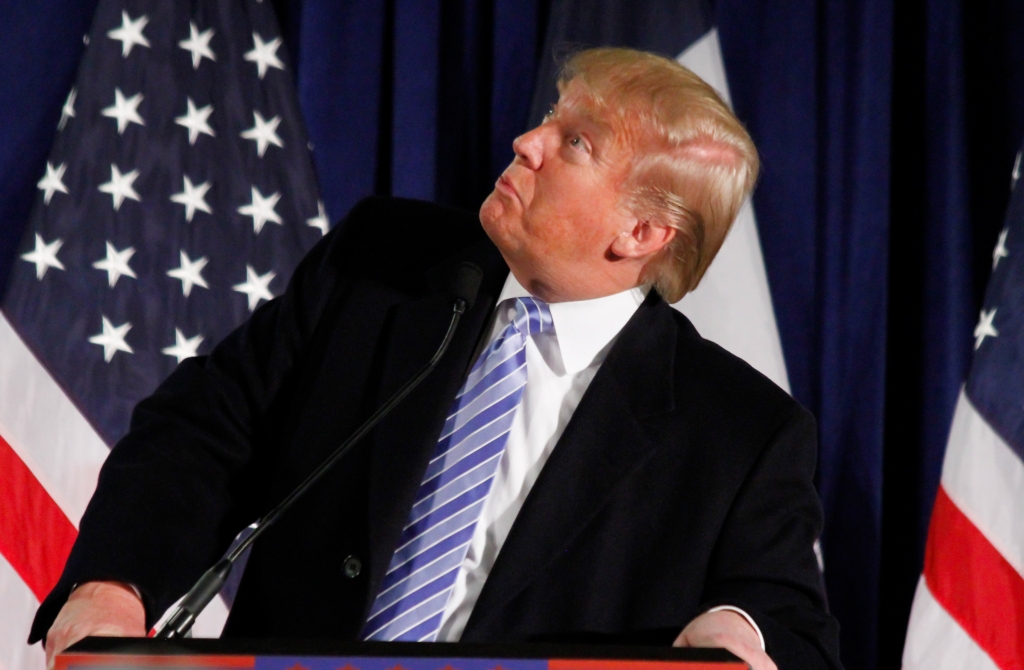 Donald Trump reportedly has an obsession with his hair and has changed his style and color multiple times.

During his interview with Rolling Stone in 2011, the POTUS even shared how he keeps his hair looking neat at all times.

“OK, what I do is, wash it with Head and Shoulders. I don’t dry it, though. I let it dry by itself. It takes about an hour. Do I comb it forward? No, I don’t comb it forward. I actually don’t have a bad hairline. When you think about it, it’s not bad. I mean, I get a lot of credit for comb-overs. But it’s not really a comb-over. It’s sort of a little bit forward and back,” he said.

But according to Political Flare, this is not remotely true. There have been a lot of weird things going on with Trump’s hair. The publication shared a throwback photo of the president with his first wife, Ivana Trump.

In the picture, which was taken in 1985, Trump parted his hair from left to right, and he still does until today. Three years later, Trump sported a rightward sweep of his hair that was similar to Ivana’s.

By 1991, Melania Trump’s husband’s hair seemed to have grown longer and thicker to the point that it was already reaching his eyebrows. The change in his hairstyle coincided with the rumors that he underwent scalp reduction surgery in 1989. However, the POTUS has denied the claims.

In 2000, Trump’s hair color changed drastically. He started sporting a cigar-stained teeth blonde shade that didn’t necessarily suit him. In 2002, he once again changed the color of his hair to burnt-Cheetos Auburn.

Two years later, the POTUS went back to his old cigar-stained teeth blonde color when he stepped out at the Emmys.

“An absolutely clean pate — a contained island after scalp-reduction surgery — surrounded by a furry circle of hair around the sides and front, from which all ends are drawn up to meet in the center and then swept back and secured by a stiffening spray,” he wrote.