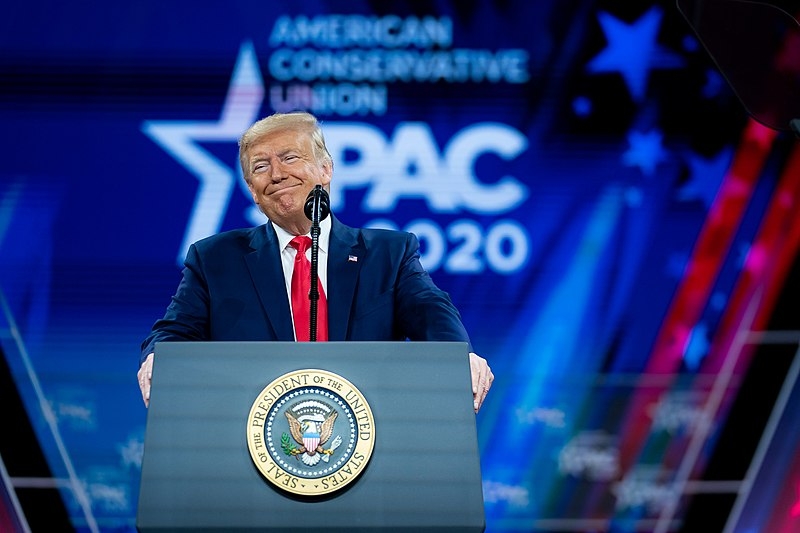 During his term, now-former President Donald Trump put forth his “America First” policy, also straining the US’ relations with China. In his first public appearance in this year’s CPAC, Trump aired his grievances towards China over jobs.

In what may be his return to the political scene over the weekend, Trump’s 90-minute address at the Conservative Political Action Conference was full of his grievances towards the Democratic party and its lawmakers and the situation with China. The former president accused China of stealing jobs due to the outsourcing by US-based companies and said that in response, the companies that outsource should be punished. Trump continued to call China an “economic threat” to the United States while hinting without evidence that his successor Joe Biden would provide “concessions.”

“We believe in standing up to China, shutting down outsourcing, bringing back our factories and supply chains, and ensuring that America, not China, dominates the future of the world,” said the former president. “Companies that leave America to create jobs in China and other countries that have ripped us off for years should not be rewarded. That’s what the Biden administration is doing.”

Once again without providing any evidence to back up his claim, Trump asserted the recycled attack he made on Biden during the campaign. The now-former president asserted the claim that Biden was soft on China as a result of his son Hunter Biden’s business dealings overseas. Also, as Trump neared the end of his speech, the former president hinted at possibly running for the presidency in 2024, either challenging Biden or another Democratic candidate completely.

Due to Trump’s involvement in the January 6 insurrection due to his claims of election fraud and a stolen election, high-end brands are beginning to distance themselves from Trump and his family, including his extended family like son-in-law Jared Kushner. While luxury brand Gucci would not be moving out of Trump Tower anytime soon, other brands like Tiffany & Co., e-scooter startup brand Lime, and organizations like the Professional Golfers Association of America are pulling out of deals and involvement with Trump in any form. The city of New York has also chosen to end its business contracts with the Trump Organization.