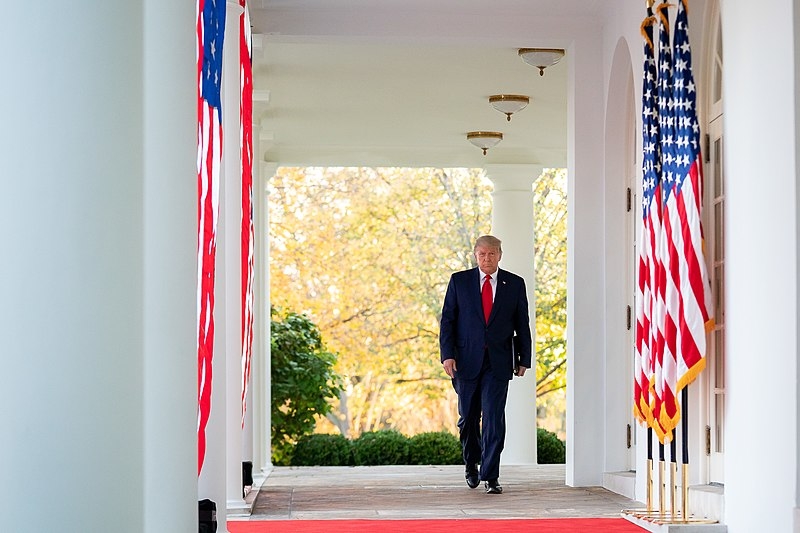 With less than two months left in office, Donald Trump has rarely been seen in public following his election loss to Joe Biden and refusal to concede. Trump recently reiterated his reasons for withdrawing the US from the Paris Climate Accords, saying that it would be bad for the country’s economy.

The US joined the Paris Climate Accords back in 2015 by Trump’s predecessor Barack Obama. The agreement aims for countries to maintain the global temperature from increasing above two degrees Celsius above pre-industrial levels. However, Trump withdrew the US from the agreement in 2017 and during the recent G20 Summit, the now-outgoing president defended his decision. Since the withdrawal which was formally made this month, the decision sparked backlash from many on both the local and international stage.

“To protect American workers, I withdrew the United States from the unfair and one-sided Paris climate accord - a very unfair act for the United States,” said Trump. “The Paris accord was not designed to save the environment. It was designed to kill the American economy. I refused to surrender millions of American jobs and send trillions of American dollars to the world’s worst polluters and environmental offenders.”

Trump’s decision has been swiftly rejected by his successor, who has pledged that the US will rejoin the agreement once he takes office in January. Trump boasted that the country has “the cleanest air” as well as “the cleanest water” in the world. Back in 2017, when Trump announced the withdrawal, he said that the agreement would be punishing those who work in the coal industry and risk millions of jobs.

Although Trump was present in this session of the G20 Summit hosted by the leaders of Saudi Arabia, he appeared to be absent on the day the summit tackled the response towards the ongoing COVID-19 pandemic. This is despite hundreds of thousands of Americans have succumbed to the disease while millions remain infected. While the other world leaders delivered their remarks on pandemic preparedness, no American presence was seen in the session.

Trump was later found playing golf in the Trump National Golf Club in Virginia, where he has been since his election loss.