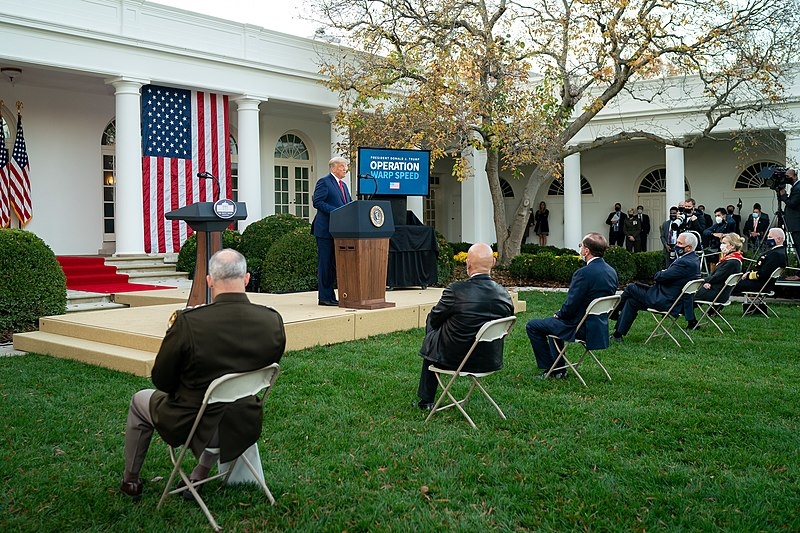 Following his election loss to Democrat Joe Biden, Donald Trump has mostly remained indoors at the White House. With rumors resurfacing of a possible divorce from his wife Melania Trump, the outgoing president is revealed to be making another public appearance at another White House event in the coming days.

A long-running rumor regarding the Trumps’ marriage is that Melania is set on leaving him by January especially as Biden and his administration will be the next to occupy the White House. Melania’s spokeswoman has since dismissed the claims, saying that the couple will stay together even after Trump’s election defeat. Nevertheless, White House officials have revealed that Trump will continue his duties and participate in the upcoming White House Thanksgiving turkey pardon that will take place next week. This would be Trump’s fourth public appearance after largely being out of the public eye after the elections last November 3.

The turkey pardon has been a White House tradition since the 1940s. Before the Thanksgiving holiday, the president will ceremoniously grant a pardon to a turkey. Two live turkeys chosen by the National Turkey Federation are usually presented to the president during this event. This year, two turkeys from a farm in Iowa have been selected for the White House event, a state which Trump was able to hold onto this year.

Unlike their previous Thanksgiving celebrations in Mar-a-Lago, Florida, the Trumps will be spending the holiday at the White House instead. Trump has since refused to concede and insists on his claim of election fraud despite unsuccessful lawsuits and officials refuting his claims. Election officials in states have also stated that a recount, whether full or partial, will most likely not change the outcome.

In his latest attempt to undermine Biden’s victory over him in the elections, Trump has now called on a few lawmakers in the state of Michigan to meet with him in Washington while also calling county officials to prevent certification of Biden’s votes. Trump has already been putting pressure on state lawmakers to intercept the electoral college, a move that is highly unlikely to succeed especially after the failed lawsuits.