Donald Trump Thinks Someone's Weak If They Cough or Sneeze in His Presence, Former Staff Claims 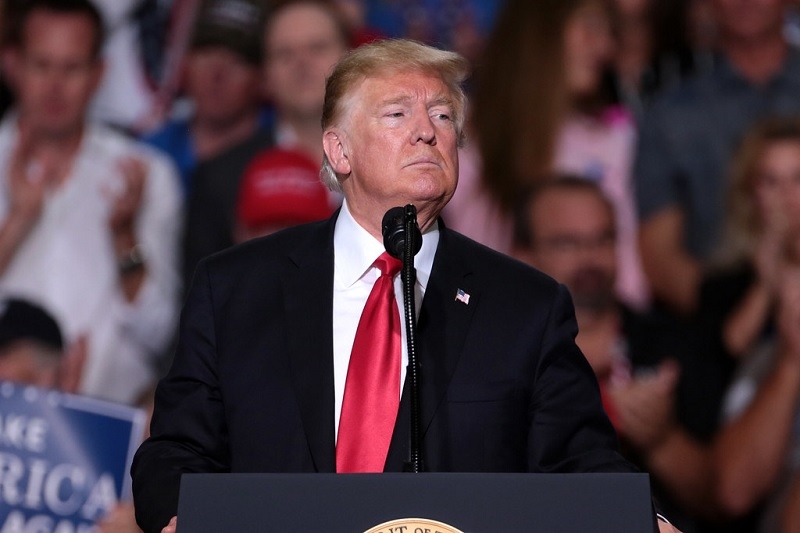 United States President Donald Trump has once said it himself that he is a germophobe. But recent reports are giving people a clearer view of how serious he is about making his surroundings free of germs. It is allegedly to the point that he thinks a person is weak if they sneeze or cough near him.

Pres. Trump says he “might” turn over his “financial statement” to Congress.

“I hope they get it, because it’s a fantastic financial statement,” he tells @GStephanopoulos in the Oval Office. https://t.co/8q0FwFD9qt pic.twitter.com/fw1tIc0vxO

It turns out, Trump’s statements from a recent interview with ABC’s George Stephanopoulos are not the only interesting things from it. ABC News released a behind-the-scenes cut where Trump is seen demanding they go for a second take in the middle of discussing his financial statement. The reason: someone coughed in the background that Stephanopoulos identified to be White House Chief of Staff Mick Mulvaney.

After the ABC News video went viral a text from an anonymous member of the 2016 Trump campaign team told Washington Post’s Jackie Alemany that coughing and sneezing around the now-President is a big mistake. “I was told by multiple people when I came aboard to never cough or sneeze while in the presence of Trump. He thinks it’s a sign of weakness and lack of control. Nobody ever recovers,” the informant said.

It is also not hard to read how much Trump disconcerted from what happened. But it did not take long before he repeated his answer for the camera.

Decades before he became President, Trump actually put into writing how much he does not enjoy shaking hands with people — something that a state leader does all the time. In his 1997 book “Trump: The Art of the Comeback,” it was written, “One of the curses of American society is the simple act of shaking hands, and the more successful and famous one becomes the worse this terrible custom seems to get. I happen to be a clean hands freak. I feel much better after I thoroughly wash my hands, which I do as much as possible.”