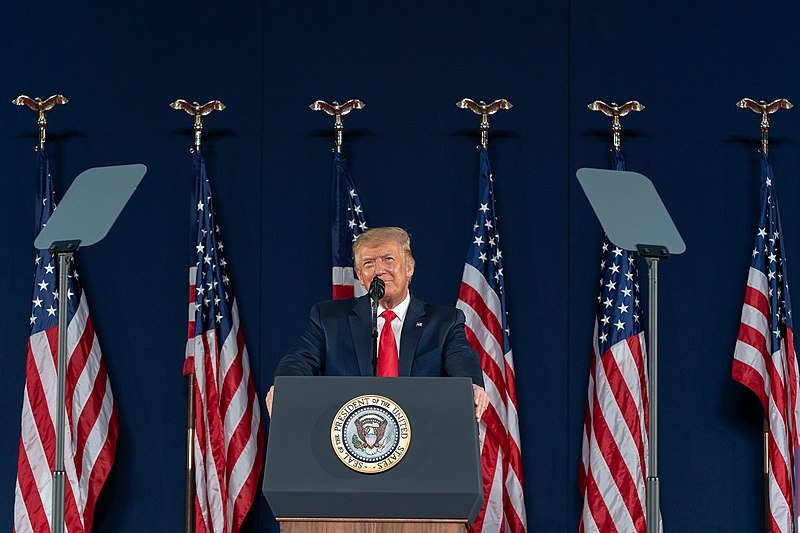 President Donald Trump has recently ripped into NASCAR for its decision to ban the Confederate flag in its events following the changes sparked by the death of George Floyd to put an end to the systemized racism that remains rampant in the United States. In a recent interview, Trump said that waving the Confederate flag as a way to practice freedom of speech.

Trump did not reveal his own thoughts regarding the Confederate flag, which is a widely known symbol of racism in the United States. However, he noted, referring to his current remarks about NASCAR’s decision to ban the flag, that it is up to the organization. Many Trump supporters are known to be fans of NASCAR, and some have referred to the Confederate flag as a symbol of independence.

Trump also attacked driver Bubba Wallace, who is the sole African-American driver in the sport on Twitter, demanding that he apologize to his colleagues who stood by his side when he found a rope fashioned as a noose in his team’s garage. Upon investigation, officials said it was not a hate crime; however, his was the only garage to have that kind of rope out of all the inspected NASCAR garages.

Meanwhile, excerpts from Trump’s niece Mary Trump’s upcoming book about her relationship with the president, Too Much and Never Enough, have revealed more shocking claims about Trump. One claim made in the book was that Trump apparently paid someone to take his high school exams. Trump boasts about having perfect attendance at the prestigious Wharton School of the University of Pennsylvania; however, according to Mary Trump, he only got admitted by cheating.

Trump reportedly got a smart classmate by the name of Joe Shapiro to take the SAT exams for him. Trump also got his older brother, who is Mary Trump’s father, Fred Trump Jr., to “put in a good word for him.”