Donald Trump update: POTUS says Mike Pompeo is allowed to have government employee do personal chores for him 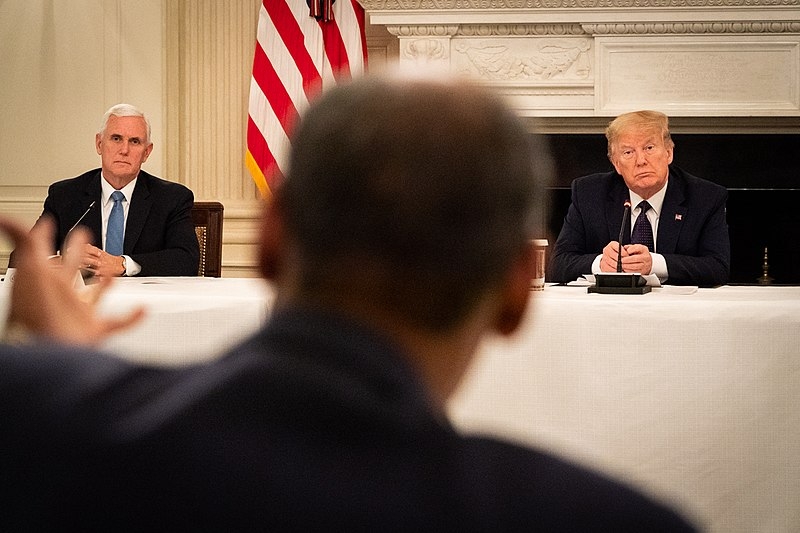 The abrupt dismissal of Inspector General Steve Linick raised questions among lawmakers, more especially so regarding Secretary of State Mike Pompeo. President Donald Trump recently addressed that topic, saying that it is okay for Pompeo to have a government employee do his personal chores.

Speaking with reporters at the White House, Trump touched on the topic of Pompeo reportedly getting government employees to perform personal chores for him as well as assisting his wife Susan Pompeo. Linick was reportedly fired by Pompeo’s recommendation, to which Trump agreed and ordered his dismissal. This also came as Linick was supposedly conducting investigations onto the Secretary of State after these allegations were made along with the arms deal with Saudi Arabia. Trump said he would rather have Pompeo talking to a world leader than to have him do his own chores when his wife and son are not around.

“I’d rather have him on the phone with a world leader than have him wash dishes because maybe his wife isn’t there or his kids aren’t there, you know,” said Trump.

Some of the errands that Pompeo allegedly made a staff member do were to pick up dry cleaning, walk the dog, and making restaurant reservations, to name a few. Linick’s dismissal sent many lawmakers in an uproar, including a few Republicans who requested that the actual reasons of his firing be disclosed to Congress rather than offering a vague explanation.

Meanwhile, the White House physician has just released a statement regarding Trump’s decision to take the anti-malarial drug hydroxychloroquine. Trump recently revealed he was taking the drug as a preventative measure against the coronavirus, which now sees almost 91,000 Americans dead.

The White House physician Sean Conley explained in the memo that Trump is regularly getting tested for the coronavirus and has not shown any symptoms despite several White House staff members testing positive. Conley continued to say that after several talks with the president regarding the pros and cons of taking the drug, they came to a decision that the potential benefits outnumber the risks involved. Conley then added that he will continue to monitor the studies pertaining to the possible treatments for the pandemic.