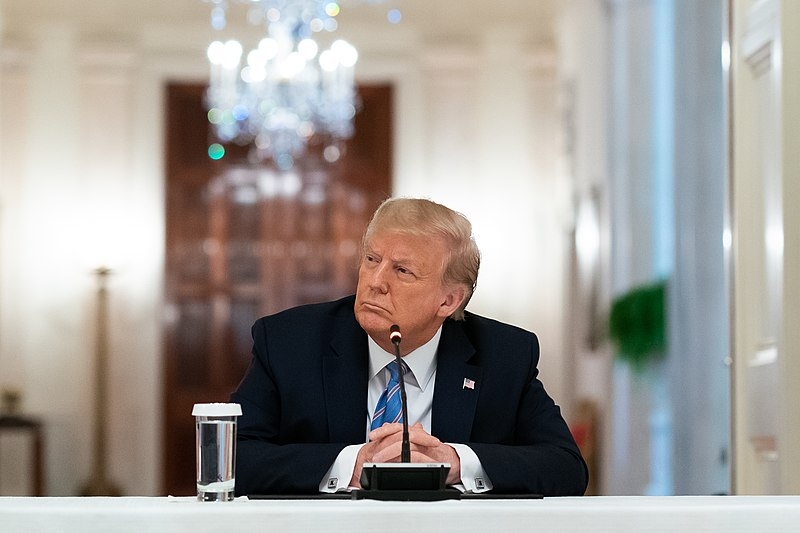 There have been a handful of aides of Donald Trump that was sent to jail, including his former lawyer Michael Cohen. In the midst of the pandemic, Cohen was ordered to be brought back to jail to continue serving his sentence.

BBC reports officials have revealed that Cohen is now back in jail after his refusal to comply with the conditions of his house arrest. Cohen’s lawyer Jeffrey Levine explained that the conditions prevented him from posting on social media as well as being able to speak to the press. He is currently serving a three-year sentence on charges of lying to Congress regarding the development of Trump Tower in Moscow, Russia, as well as campaign finance fraud on top of the hush payments made on behalf of Trump to the women he allegedly had affairs with.

Cohen was given a leave of absence in May after it was revealed that the prison he was serving his sentence in had confirmed cases of the coronavirus. A few days prior, he was seen with his wife eating at a restaurant with another couple. Levine has since defended Cohen’s decision to eat outside, saying that he was “furloughed” or on his leave of absence and that he did not violate any of the terms and conditions stipulated on his temporary release. Other former Trump aides, Paul Manafort and Roger Stone, are also serving time.

Meanwhile, a new advertisement by progressive PAC Meidas Touch targeted Trump’s behavior around women, most especially around his daughters, Ivanka Trump and Tiffany Trump. The clip made use of comments from White House counselor to the President Kellyanne Conway speaking out against former vice president Joe Biden following the sexual assault allegations made against him by Tara Reade. Biden has repeatedly denied the allegations.

Conway’s comments are flipped towards Trump, and the clip showed the president’s comments towards his own daughters. One comment of Trump’s which was about Ivanka, who also serves as a senior White House adviser, was “If Ivanka weren’t my daughter, perhaps I’d be dating her,” along with comments about his other daughter Tiffany’s chest, which he made in front of his second wife, Marla Maples.