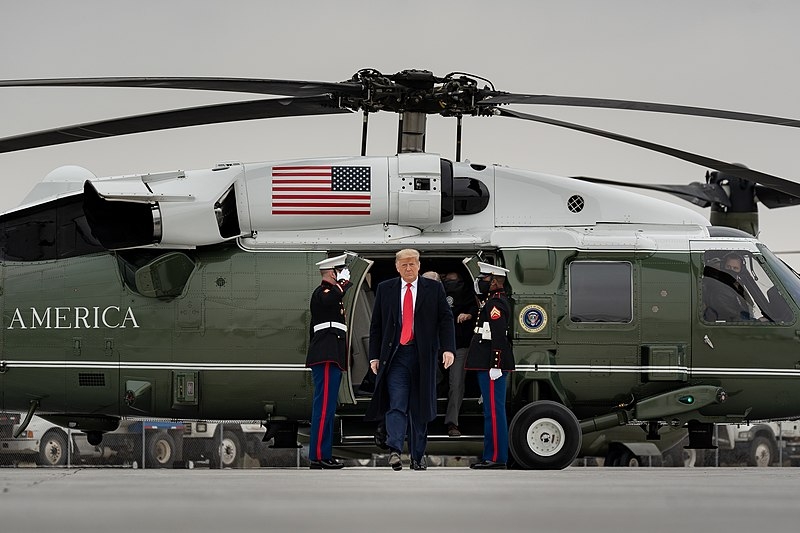 Former President Donald Trump is scheduled to appear at this week’s CPAC on its final day to address the attendees. Trump is reportedly expected to hint that he is already the Republican party’s nominee in the 2024 presidential elections.

Axios first reported what might be what Trump plans to say to the attendees in this year’s Conservative Political Action Conference. People familiar with the plans reveal that Trump may be using the upcoming conference to announce that he will challenge Joe Biden for the presidency in 2024 or another Democrat, should Biden decide not to run for a second term. A longtime adviser also said that Trump’s address to the attendees would be a “show of force” that would symbolize his hold over the GOP even though he is no longer President nor does he still have Twitter.

A longtime Trump aide, Jason Miller, said that the former president “is the Republican Party. The only chasm is between Beltway insiders and grass-roots Republicans around the country. When you attack President Trump, you’re attacking the Republican grass-roots.”

Since the Capitol insurrection last January 6, thousands of Republicans have ultimately left the party. Trump’s continuous assertions of a rigged election and voter fraud have led to pro-Trump white supremacists storming the Capitol in an attempt to stop the formal counting of electoral votes. Five people, including one Capitol police officer, were killed during the riots and many were injured as a result. This also led to Trump’s impeachment by the House in his final days in office and the permanent suspension of his social media accounts. Nevertheless, Trump remains a clear favorite among Republicans to lead the party again.

As part of the now-former president’s effort to overturn the elections in his favor, he filed lawsuits in the swing states that went to Biden such as Pennsylvania and Georgia. The 60 lawsuits contesting the results were unsuccessful, including the cases that were recently dismissed by the Supreme Court. The court previously did not take any action on the cases back in January, but this notion now dismisses the cases Trump and his allies filed, contesting the election results.