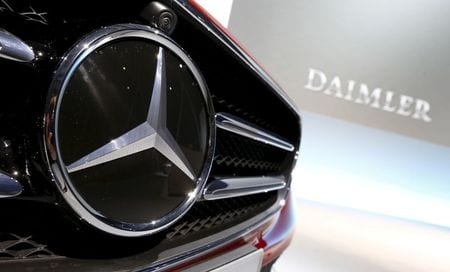 Daimler it intends to lead in battery technologies by combining its research and development expertise with those of its partners.

Chinese battery manufacturer CATL will deliver battery packs that would give Mercedes-Benz cars 700 kilometers of range with higher recharging speeds, based on its agreement with Daimler.

The partnership would include supplying cells and entire battery systems as well as combining research and covers the full range of battery technologies, from cells across modules for cars to complete battery systems for vans.

It also includes CATL's cell-to-pack (CTP) design that eliminates conventional modules and integrates the cells directly to the battery.

CATL will use electricity from renewable energy sources, such as wind, solar, and hydropower.

According to Daimler, it intends to lead in battery technologies by combining its research and development expertise with those of its partners.

The German carmaker added that the partnership would shorten development cycles and significantly increase the ranges of future batteries through and reduce charging times.

Daimler also has battery cell supply deals with South Korea's SK Innovation, LG Chem, and Farasis as it plans to ramp up production of electric and hybrid vehicles.