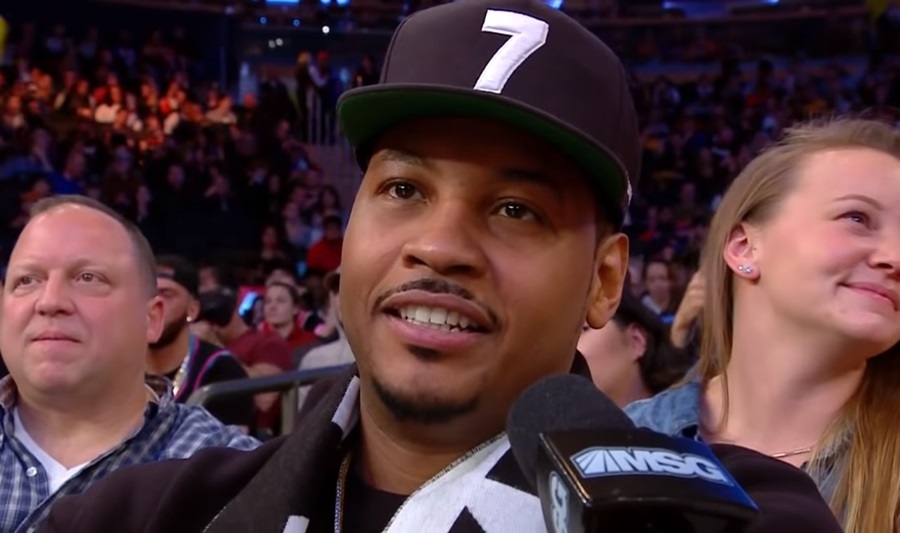 Photo via Screenshot of Bleacher Report/Youtube

The preseason games will be starting off later this month and Carmelo Anthony still doesn’t have a team. There have been a few notable individuals that have been voicing their complaints regarding ‘Melo’s unemployment.

Among them are Brooklyn Nets superstars Kyrie Irving and Kevin Durant who are apparently pushing for ‘Melo to be added on the roster. Now, another Nets player is supporting Carmelo Anthony.

Taurean Prince tweeted a video of the veteran playing against several NBA stars. In the clip, Carmelo Anthony can be seen draining buckets and dishing out passes as Danny Green guarded him in a few possessions.

Carmelo Anthony is still a threat

Prince said in the post that he has guarded the 35-year-old for a month and claimed that he’s still the same offensive threat on the court. “The only difference is the narrative thrown on his name,” Prince added. Carmelo Anthony being signed with the Nets does make a little sense since the team is need of a forward.

Kevin Durant is still recovering from his injury and he’ll likely return in March or April next year. Wilson Chandler is also temporarily out since the NBA suspended him due to using performance-enhancing drugs, having tested positive for Ipamorelin. And Rodions Kurucs could be out as well given he’s facing possible suspension amidst domestic abuse allegations, New York Post reported. Carmelo Anthony can potentially fill this space up and shore up the position.

Why Carmelo Anthony is still without a team

So far, however, the Nets have yet to announce anything resulting in ‘Melo’s career remaining in limbo. There have been several narratives that have been put forward as to why Carmelo Anthony is still in NBA purgatory.

Among them is that the veteran isn’t as effective as he once was. Another is that Carmelo Anthony is supposedly unwilling to take on a lesser role. David Aldridge of The Athletic spoke with several coaches and executives recently and essentially said the same thing.

An assistant coach told Aldridge that it’s difficult to provide minutes to Carmelo Anthony as that would mean cutting the playing time of a promising young star. Giving those minutes to ‘Melo might hinder the growth of the said player, a risk that most aren’t willing to take. For his part, Anthony is still holding out hope that a team would give him another chance that’s why he’s still been hitting the gym and practicing on the court all this time.