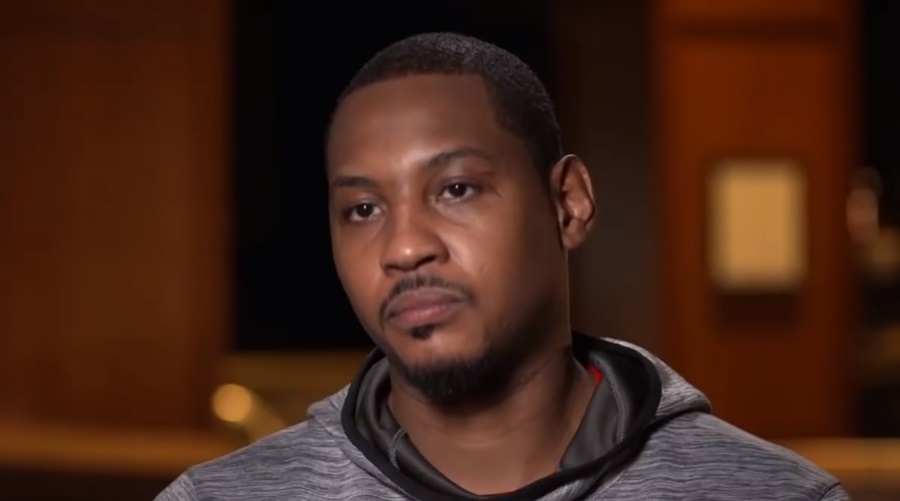 Carmelo Anthony’s NBA career appears to be fading fast as no team has picked him up yet even though there’s no denying that he can still produce off the bench. There are several reasons for this, one of which is his inability to take on a smaller role.

This was highlighted a couple of years ago when a sports journalist asked Carmelo Anthony what he thought of the possibility of leading the second unit. ‘Melo laughed in response and brushed the question off as a silly narrative.

Fast forward to the present and Carmelo Anthony isn’t laughing anymore. In his interview with Stephen A. Smith on “First Take,” he said that he’s willing to accept any role that a team would give him. All he wants is to play in the NBA again.

Carmelo Anthony and what executives are saying

However, his stint with OKC and the Rockets left a lot of organizations wary of Carmelo Anthony. David Aldridge of The Atheltic recently spoke with a number of coaches and executives in the NBA asking them if the 35-year-old is still a viable fit in the current landscape of the league.

While most of them have a lot of positive things to say about Carmelo Anthony, they also added a few prudent statements. Of all the individuals that were interviewed, almost all of them are echoing the same thing: ‘Melo’s unwillingness to accept what position the team will require of him.

“The issue might be his willingness to accept a certain type of role,” said an assistant coach in the Western Conference. “It’s tough to take away minutes from a young ‘up and comer’ for ‘Melo right now, and risk limiting that young player’s growth curve because of it.” Heavy’s Sean Deveney said last week that Carmelo Anthony’s rep has been trying to correct this assumption by mending his image and dispelling that he isn’t a “team killer.”

So far, however, no team has taken the risk. Even Blazers superstar Damian Lillard said that Carmelo Anthony is unlikely to come to the Blazers. Lillard has been campaigning hard for ‘Melo to join the Blazers for two years but was turned down twice, once when he chose to go to OKC and another when he signed with the Rockets.