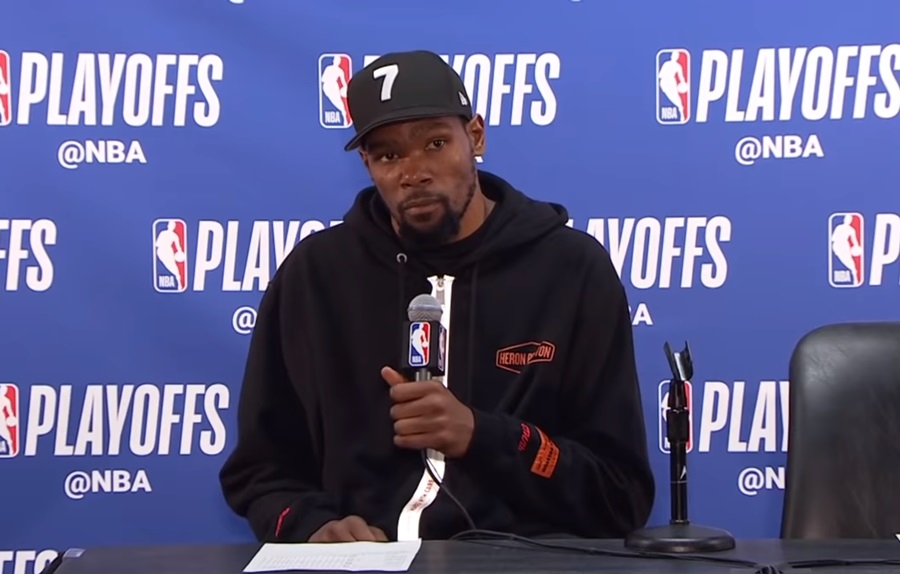 Kevin Durant is considered one of the best players in the NBA as his defense and offense are just something to behold when he’s operating on the court. But skilled as he is, Durant is also one of the most hated icons in the league.

It all started when he left OKC to join the Golden State Warriors, a team that defeated the Thunder during the 2016 Western Conference Finals. To say that Kevin Durant’s departure was met with negativity is an understatement.

In an interview he gave with WSJ, the superstar detailed the venomous behavior of fans who expressed their discontent after parting ways with the Thunder. It was so toxic that Kevin Durant still remembers everything with clarity three years later.

Kevin Durant details what he went through after leaving OKC

“People coming to my house and spray-painting on the for sale signs around my neighborhood. People making videos in front of my house and burning my jerseys and calling me all types of crazy names,” Kevin Durant said. One particular instance was when his mother saw a video of a fan firing bullets at a jersey with the number 35 on it.

It’s for this reason – and several more – that Kevin Durant said he’s not going to return to Oklahoma. And who could blame him? Sure, he may have left OKC behind, but that’s no reason to hate his guts for it, especially off the court.

Kevin Durant intent in fully recovering from his Achilles rupturing

Meanwhile, Kevin Durant is trying to put all of that aside and focus his attention on what’s important at the moment: recovery. Last month, the 30-year-old was seen walking the streets of Los Angeles without crutches although he was still heavily limping, unsurprising given the nature of his injury.

Physical therapist Dave Hancock is one of the professionals working on Kevin Durant’s road to recovery, making sure that the Achilles heals nicely. Hancock says that Durant’s will to climb this enormous mountain has been unshakeable. This, too, isn’t surprising as the deadly shooter’s love for the game is simply too deep to be severed even by a devastating injury.

As for when he will return, he could be seen on the court again on March or April of 2020. Kevin Durant began his recovery in June. With the Achilles rupture typically needing nine months in order to fully heal, this is a realistic timeline.

Of course, this isn’t set in stone just yet as there are still a host of factors that needs to be considered. And that’s not even mentioning the fact if Kevin Durant will return to his previous unstoppable form. For now, however, Durant is taking everything one daily regimen at a time.