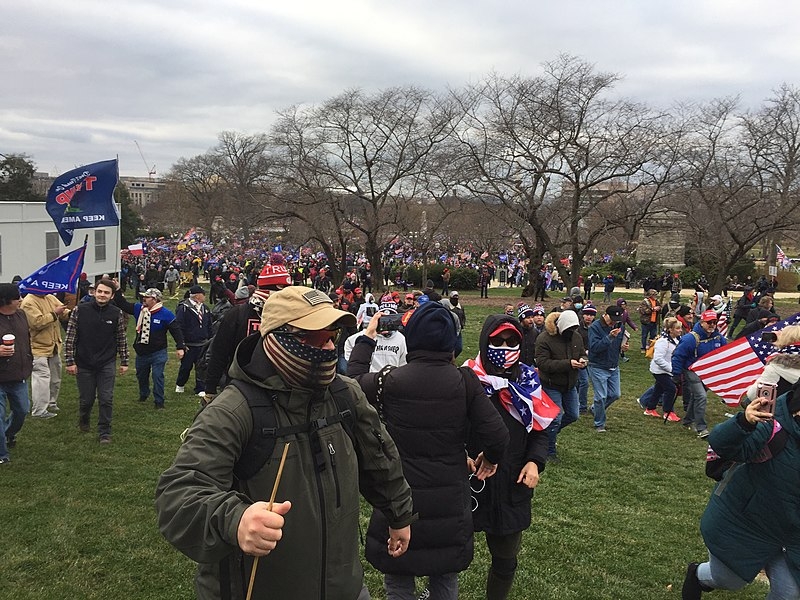 Hundreds of those who have participated in the Capitol insurrection last January 6 have been arrested, with some undergoing their respective trials and sentences. The harshest sentence to date has recently been given to one insurrectionist this week who was charged for assaulting a police officer during the riots.

CNN reports that Capitol insurrectionist Scott Fairlamb, a former mixed martial arts fighter and owner of a gym in New Jersey, was sentenced to 41 months in federal prison. Fairlamb pleaded guilty in August to charges of assaulting a federal police officer and obstructing an official congressional proceeding. The two counts Fairlamb pleaded guilty to were among the many crimes he was charged with.

According to the network, Fairlamb was among the first insurrectionists inside the Senate side of the Capitol during the siege. The sentence given to him is likely an indicator of how harsh punishment would be to the alleged insurrectionists in court moving forward. The sentence also “ushers in a new phase of the Capitol riot cases,” according to the report, noting how many of those who were sentenced received mostly no prison time.

“I truly regret my actions that day. I have nothing but remorse,” Fairlamb told the judge during his sentencing.

Aside from assault, Fairlamb was also seen in body camera footage cursing at the officer. “You have no idea what the f*** you’re doing,” Fairlamb was seen as saying.

The House Committee is already moving in its investigation into the insurrection, having subpoenaed members of twice-impeached former President Donald Trump’s circle, including his chief of staff Mark Meadows. Following the committee’s vote to hold Trump strategist Steve Bannon in criminal contempt, the panel is now threatening Meadows that they will hold him in contempt should he defy the subpoena as well.

“Simply put, there is no valid legal basis for Mr. Meadows’ continued resistance to the Select Committee’s subpoena,” Rep. Bennie Thompson, who chairs the committee, wrote in a letter to Meadows’ attorney George Terwilliger III late Thursday. “As such, the Select Committee expects Mr. Meadows to produce all responsive documents and appear for deposition testimony tomorrow, November 12, 2021, at 10:00 a.m.”

Thompson warned that failure by Meadows to appear for a deposition would lead to the committee and the House to vote on holding him in criminal contempt.