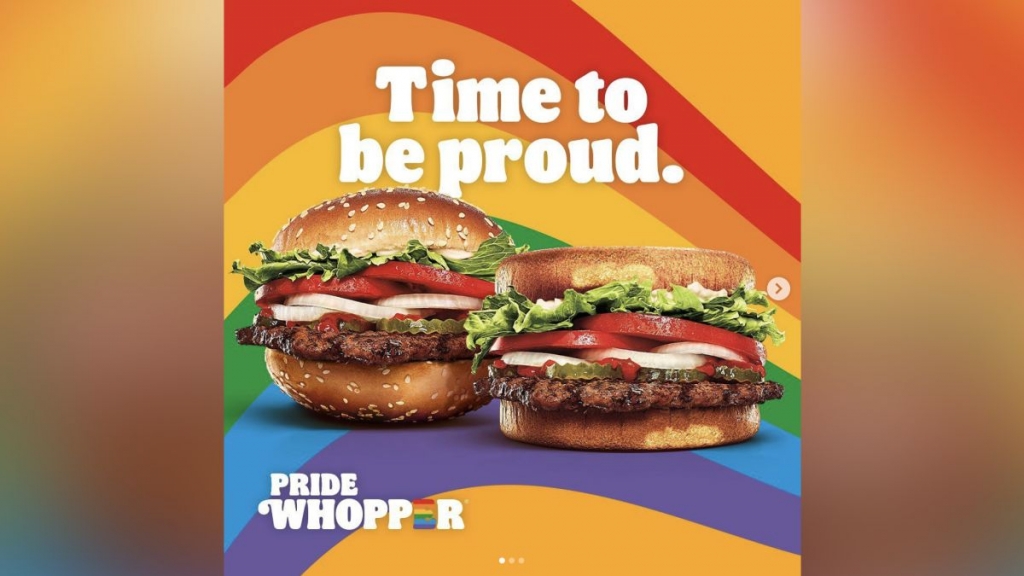 The two tops to bottoms represent the same-sex buns being promoted in the Austrian marketplace for Pride Month.

Burger King Austria’s unveiling of the "Pride Whopper," which it will sell until June 20, received a swift backlash online for being “tone-deaf.”

It is the same as the usual whopper, but with "two equal buns," which are the two top halves or two bottom halves.

The two tops to bottoms represent the same-sex buns being promoted in the Austrian marketplace for Pride Month.

Burger King Austria also posted the ad to its Instagram account with a lengthy caption, which states that the Whopper represents "two equal buns for equal love and equal rights" and that the sandwich is "meant to put a smile on our faces."

Reactions across social media include that it is a strange advertisement or making fast food ordering a political statement.

While this campaign is only running in Austria, it has attracted global attention on social media.

Burger King‘s campaign in the US will only implement a rainbow flag wrapping.