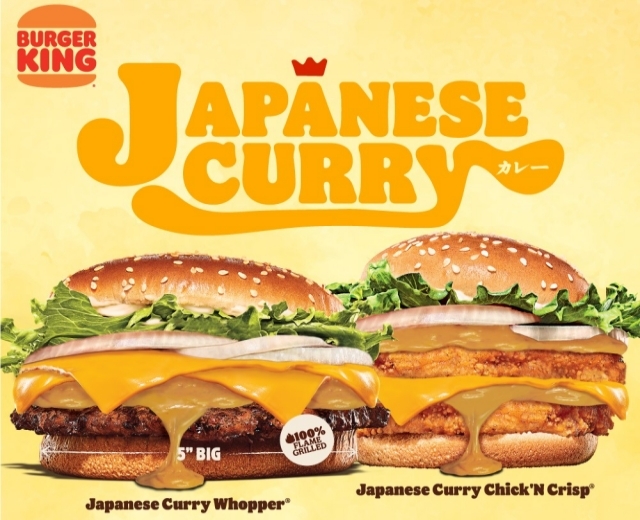 Burger King Malaysia launches a new sandwich that features the flavor of Japan. The fast-food chain is offering the new Japanese Curry Salmon Sandwich to Malaysian customers, and this could be another bold flavor addition to the menu.

As per ChewBoom, the Burger King Japanese Curry Salmon is a sandwich with a crispy salmon patty that is fully covered in Japanese curry sauce. The sandwich is completed with the addition of American cheese, onions, and lettuce. The bread is the usual BK toasted sesame seed bun.

The new menu is quite a surprising offering at Burger King Malaysia since this features a Japanese flavor. The fast-food is known to create sandwiches and other food items that are based on the preferences of the locals but this time, the restaurant chose to offer a taste that is not Malaysian but foreign instead.

Still, this new taste could also work for customers of Burger King Malaysia since curry is overall popular in most Asian countries. The Japanese Curry Salmon Sandwich is only available for a limited time and can be purchased at select, participating BK stores around the country.

The Street mentioned that all three Burger King curry sandwiches are part of the limited-time offer menu. The salmon could sell well than expected because this fish is actually one of the most favorites when it comes to premium seafood fare.

In fact, in the United States, salmon is said to be the second most consumed fish and the demand for it has even increased recently. Shrimp sandwiches are also common in fast-food outlets and Burger King has this well but salmon is almost catching up and may possibly take over the first place as the most favorite seafood-based sandwich.

Meanwhile, the exact date when Burger King Malaysia is pulling out the Japanese Curry Salmon Sandwich was not mentioned. Fans should head to the nearest BK store to try this unique menu before it disappears on the list.