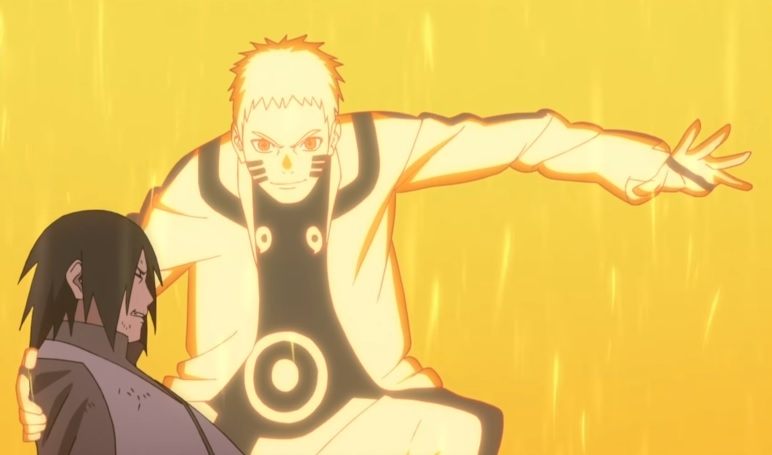 One of the reasons fans should be hyped with “Boruto” chapter 49 is the uncertainty that surrounds the upcoming battle. Knowing how strong “Jigen” was in a previous confrontation, it would not be surprising if some manga readers have considered the possibility of an important character dying in the upcoming fight.

‘Boruto’ chapter 49 predictions: How the fight vs. Isshiki would go

When Naruto and Sasuke first fought Jigen, Isshiki has not yet fully taken over the vessel’s body. That meant his powers had limitations, but he was still able to almost kill two of the strongest characters in the series. With Isshiki gaining full control of Jigen in “Boruto” chapter 49, one has to wonder how much stronger he has become and how could Naruto and Sasuke manage to defeat him now.

Since the earlier days of the “Boruto” series, fans have also been wondering if a character as important as Naruto would die in the new generation of the franchise. Even Masashi Kishimoto did not rule out that possibility, but weighing the current situation suggests Naruto nor Sasuke might not be facing their demise in “Boruto” chapter 49 or anytime soon.

The real threat in the “Boruto: Naruto Next Generation” franchise is only just manifesting itself, so if any major turning point (such as an important death) is on the horizon it might not happen in the near future. Also, Isshiki has just arrived in Konoha and the fight has yet to start. Considering the potential magnitude of this battle, if anyone is going to die, it is unlikely to happen as soon as “Boruto” chapter 49.

Meanwhile, some fans have considered the possibility of Naruto giving up Kawaki to Isshiki to avoid a major battle breaking out in Konoha in “Boruto” chapter 49. That may be one of the possibilities, but knowing Naruto and how much he already did to protect Kawaki, it seems unlikely. Also, Sasuke mentioned something about being ready to die for Konoha in chapter 48 hinting that he and Naruto would still go all out against Isshiki.

There are many ways the fight against Isshiki could go down. However, fans will have to wait a few more weeks to see what actually happens in “Boruto” chapter 49.

The next installment will be released on Thursday, Aug. 20. A “simulrelease” of the free digital copy with the English translation will be available through the websites and mobile apps of Manga Plus and Viz’s Shonen Jump.