Boeing slapped with $6.6 million fine by FAA due to safety and quality control oversights 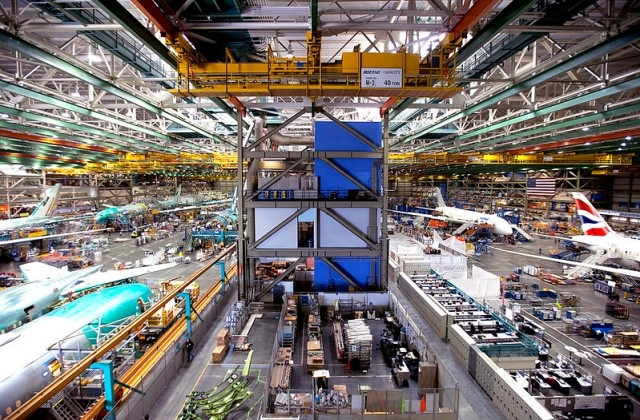 Boeing was revealed to have been fined by the U.S. Federal Aviation Administration (FAA) this week. The aerospace company was slapped with a $6.6 million penalty due to issues with compliance and quality control.

FAA’s statements for the hefty penalty

As per CNBC, the $6.6 million is the total amount for different offenses. The $5.4 million is for Boeing’s non-compliance to the agreement where it vowed to change its internal processes to better and prioritize regulatory conformity. The other $1.21 million is for the settlement of the company’s two pending enforcement cases with the FAA.

The regulation that Boeing was not able to comply with, which was the main cause of the fine, refers to the 2015 safety agreement set by the agency. It required the plane-maker to improve safety and other production processes.

“Boeing failed to meet all of its obligations under the settlement agreement, and the FAA is holding Boeing accountable by imposing additional penalties,” Steve Dickson, FAA administrator, said via press release. “I have reiterated to Boeing’s leadership time and again that the company must prioritize safety and regulatory compliance, and that the FAA will always put safety first in all its decisions.”

Other billings that will add to Boeing’s ballooning expenditures

In any case, Boeing Co will not only be shelling out millions for the penalties it got from the FAA, but it also has to settle many other things that will require the company to pay more bills. Mostly, Boeing is facing many issues with its 787 models, and because of that, they will be spending more on repairs, fines, and settlements.

In recent years, Boeing has been experiencing setbacks as it struggles to repair the flawed jet units. It was said that all in all, the cost of trying to fix the issues with 787s might even surpass the amount of the federal penalty.

Reuters reported that the FAA had been continuously investigating lapses and any debris that may have been left inside the finished airplanes. As many flaws were detected, Boeing is painstakingly carrying out numerous overhauls to fix the structural integrity defects found deep within the 787s, at least 88 of them, that were built in the last years.

The costly invasive inspections are needed before the jets are delivered to the buyers. Apparently, Boeing will have to shoulder the pricey overhauls before they can be paid for the deliverables.