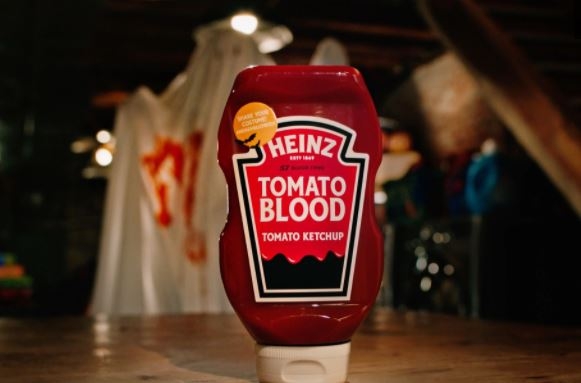 With the tagline "If you have Heinz, you have a costume," the brand is encouraging customers to slather it all over their neck like a stabbing victim.

Heinz is embracing its use as a fake blood childhood prop during Halloween by offering a special edition Heinz Tomato "Blood" Ketchup as part of a costume kit, which also includes vampire teeth and spooky eyelashes among others.

With the tagline "If you have Heinz, you have a costume," the brand is encouraging customers to slather it all over their neck like a stabbing victim.

After all, the company sells bottles no matter where the ketchup ends up.

The Tomato Blood Costume Kit sells for $19.99 over at the brand's first Halloween store HeinzHalloween.com. The online Heinz shop is also selling costumes, such as pirate, mummy, mad scientist, and corpse bride.

Heinz is also even opening a pop-up Heinz Halloween Store in Los Angeles.