FxWirePro- Top altcoins for the day (Strength index)(QNTUSD and MATICUSD) 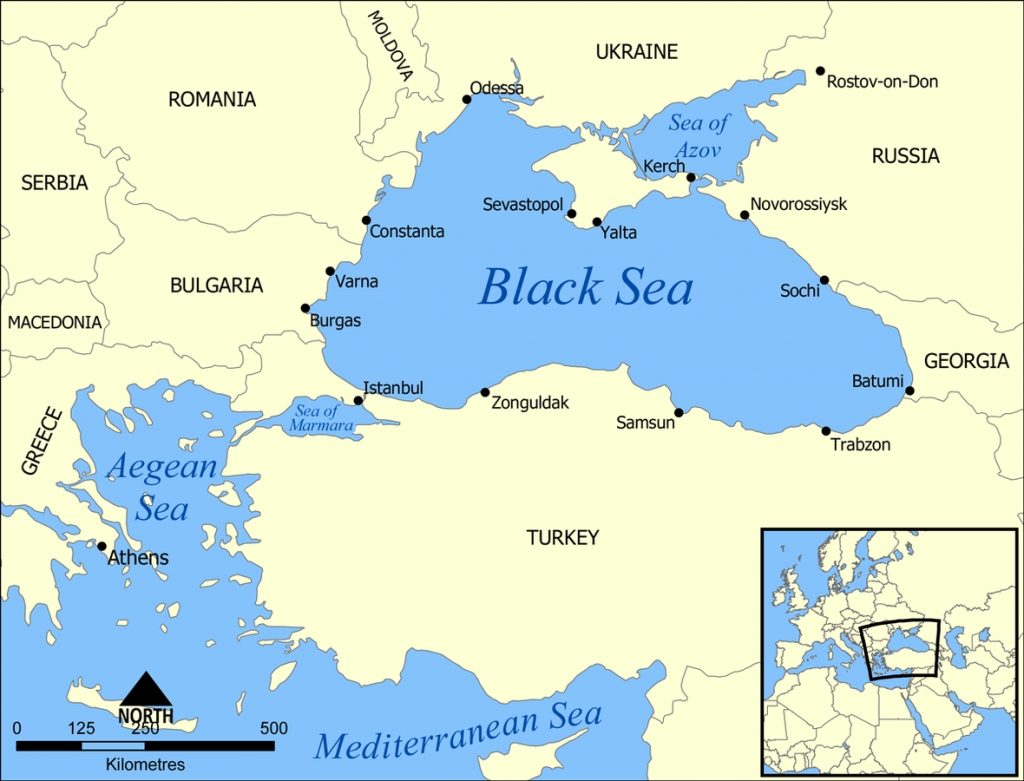 A map showing the location of the Black Sea and some of the large or prominent ports around it. The Sea of Azov and Sea of Marmara are also labelled.

According to a latest report by Bravenewcoin, countries in the region, collectively known as the 'Black Sea Basin,' is experiencing rapid growth in both bitcoin adoption, and infrastructure. There are over 13,600 locations to buy bitcoin in person in the region.

It's not at all apparent when looking at an ATM placement map, such as Coin ATM Radar, how densely populated these areas are with shops and machines that will sell bitcoins for the local currency.

Such websites only list bitcoin-focused ATM machines, not multipurpose kiosks, nor shops where you can go to the counter and purchase bitcoins from the clerk. If you could include these kinds of shops and machines, which are every bit as good at selling bitcoins as a bitcoin ATM, then it's clear that countries in eastern Europe have an extraordinarily high degree of bitcoin access.

Some of the biggest payment Kiosk companies include the IBOX in the Ukraine, JSC Nova in Georgia and Zebra Pay in Romania, the report said. Striking agreements to add Bitcoin exchange applications to these kiosks, in one or both directions, has so far been an easy job for local Bitcoin entrepreneurs.

When the first BTCU Kiosks in the Ukraine started selling bitcoins in July 2014, they were proudly announcing "more than 4,900" locations across the country. Today, the company's website claims "over 10000," using at least two different brands of kiosk manufacturer. The website also lists a way to sell bitcoins through these machines, although it is not clear if that feature is available on all models.

Also this week, we learned that the small country of Georgia, that sits on the eastern edge of the Black Sea, already has 1,500 Kiosks that sell bitcoin. According to a post by Bitcoin ATM Startup SatoshiBay, they are in service now. The number of ATMs, in such a relatively small country, makes Georgia the "highest density of Bitcoin ATMs worldwide", the report added.

Romania also has an involved history with Bitcoin, and some of the best internet infrastructure in Europe. In October of last year, BitcoinRomania partnered with Kiosk network Zebrapay to sell bitcoin at 874 locations. Today they appear to have as many as 1,540 locations.

In February, Dutch bitcoin company Bit4Coin found a way to get almost 300 retail locationsacross Turkey selling bitcoins using a voucher card system called the Bitupcard.  Early results were very promising, according to Bit4Coin, and they have plans to expand to more locations.

Falling behind in new bitcoin infrastructure is Bulgaria, which has only attracted a couple of ATMs so far. However, local regulators have stated that digital currencies will be taxed at a flat 10% rate for both people and corporations, the same as regular income.

The region has many positive indicators for bitcoin, besides the high commerce activity between the member countries mentioned above. According to the European Neighbourhood Instrument Cross-Border Cooperation, Black Sea Basin 2014-2020 Report, Remittances are also at high levels.

"The significant emigration since the 1990s, mostly labour emigration, has generated considerable flows of remittances to the Black Sea region [...] Personnal remittances received represent a substantial part of Gross Domestic Product (GDP) for Moldova (23%), Armenia (20%) and Georgia (11%), and is at about the same level as foreign direct investment (FDI) overall for Ukraine", states the Black Sea Basin 2014-2020 Report.

Spartan Route, which was created to help Greece avoid the local capital control situation, makes using bitcoin a part of such international trades. The purchaser pays Spartan Route in Bitcoin, and Spartan Route makes the payment to the supplier, taking care of everything else. "There is no payment to large or too small," states the company.

The report concluded stating that if such a service becomes popular on the Black Sea, such enormous volumes of trade moving through bitcoin would likely make it a mainstay in the region.