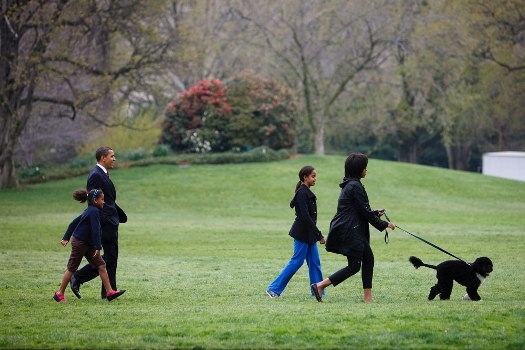 Barack Obama and Michelle Obama have been happily married for years. But some of their critics have been publishing outrageous claims that the couple is on the brink of a divorce.

Three years ago, there was a shocking claim suggesting that Donald Trump has been holding on to the couple’s divorce papers. Douglas Kass, a financial adviser, posted a cryptic tweet claiming that Barack and Michelle have already filed for divorce.

Around the same time, rumors that the POTUS had uncovered evidence of Barack selling cocaine in college also became rife. According to the Daily Beast, Barack and Michelle’s marriage suffered when the former became president.

And to add fuel to the fire, Trump claimed that he would be making a huge announcement in the same week that Barack and Michelle’s alleged divorce was reported. But until today, no such announcement has been made.

However, this still didn’t stop publications and individuals from speculating about Barack and Michelle’s marriage. Earlier this month, Empire News claimed that Barack and Michelle have already called it quits after the former came out to his wife as a homosexual.

The satire news site even went as far as publishing a joint statement from the former first couple, which was obviously fake.

“It is with a bit of sadness and a whole lot of relief that I announce that Michelle and I have decided to separate, as I have admitted to her, as I’m doing now to the rest of the world, that I am a homosexual. This may come as a shock to many, and anger others, but this is my personal business, and I would hope that everyone could respect my privacy at this time,” the fake statement read.

As of late, it is still unclear who is behind all of the rumors surrounding Barack and Michelle’s marriage. But one thing is for certain, they are not getting a divorce.