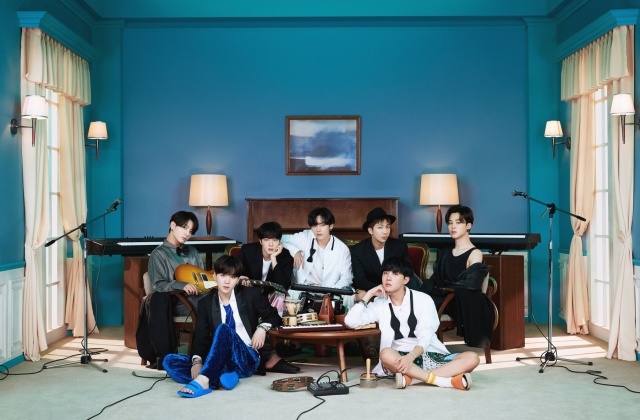 Fans want BTS to be exempted from serving the army. They reasoned that the members that include RM, Jin, Jungkook, J-Hope, V, Jimin and Suga have done a lot for their country while promoting as a group.

They are saying that the South Korean government could grant them a special exemption from enlisting since they have not just brought in money to the country but they have helped spread the Korean culture and language around the world. Fans have sent in many petitions and finally, their request are being considered by the officials now.

In fact, there are statesmen who agree that BTS is also qualified to get the benefit of army service exemption just like the other celebrities and sportsmen who excelled in their field such as the soccer player Son Heung Min. The government is now reviewing the guidelines with regard to the group’s military enlistment.

Now, since Jin should already enlist this year, a decision was previously revealed by Big Hit Entertainment. Star Today reported that the agency stated that as of the moment, there is no exemption for the members however, the best that they could be allowed to do is postpone Jin’s enlistment.

Big Hit explained that although they could delay it a bit, it doesn’t mean that Jin can completely skip his army duty. This means that BTS Jin can start serving in the army not this year but in 2021.

At any rate, since there is no final decision yet on the BTS members’ army service, below are the dates when each of the other six members are set to enlist. Suga is next after Jin since he is already 27 years old this year. He may enter the army in 2022.

Next up is RM and J-Hope, they should start training in 2023 and continue with their assignment as active-duty soldiers. Jimin and V could enlist together too since they were both born in 1995. They should start serving in 2024 while the youngest, Jungkook should be in the army by 2026. Finally, with this schedule, once Jin enlists, fans will have to wait until 2028 to see BTS as a whole group again.