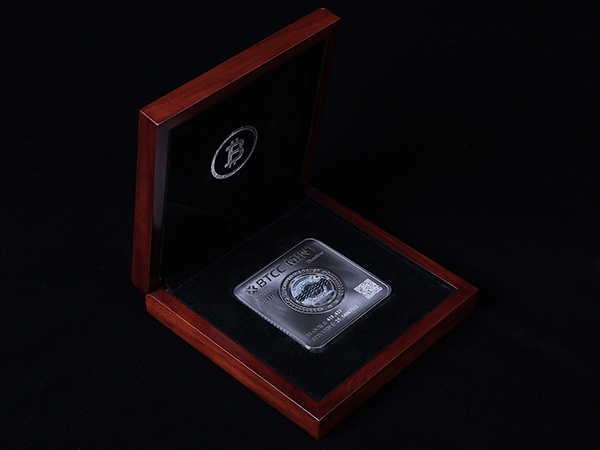 With this Bitcoin Block collectable, the ‘Forever’ message will be etched on the back of the physical cryptocurrency matching the Forever message on the blockchain.

“July 2016 marks a significant milestone in cryptocurrency history — 75 percent of all the 21 million bitcoins that will be issued will have been mined,” BTCC’s chief executive officer Bobby Lee said.

The physical bitcoin block is 80 millimeters wide and 10 millimeters thick square block and weighs 283 grams that is worth more than its weight in gold (at press time).

Initially, the limited issue of the Bitcoin Block will contain the complete bitcoin mining reward of 25 BTC along with varying amount of transaction fees. Soon after the block halving from this month, the block reward will reduce to 12.5 BTC.

BTCC in the month of May launched its new line of titanium physical bitcoins named ‘BTCC Mint’ which were created with pure titanium, meaning that they are lightweight, durable, and sleek, with a silvery gray finish. The coins are physical coins with digital currency inside them.

BTCC was originally founded as BTCChina in 2011. It is the longest-running and one of the largest bitcoin exchanges worldwide. BTCC plays a leading role in every segment of the bitcoin ecosystem, offering a digital currency exchange, a mining pool, payment processing, consumer wallets, and blockchain engraving. The diverse products and services BTCC offers allow its customers to engage in all aspects of the digital currency spectrum in one integrated platform. BTCC is headquartered in Shanghai.

The company will accept orders for the Bitcoin Block starting from today.