Are Jennifer Aniston and John Mayer are back together? Here's the alleged proof 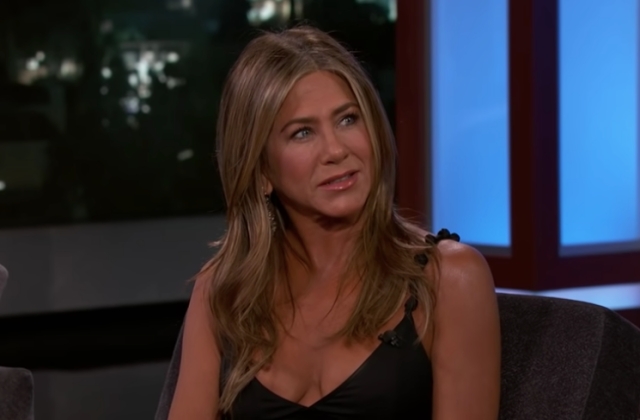 Jennifer Aniston and John Mayer dated for a while, and that was more than a decade ago. The two dated from 2008 to 2009, and although it was short, they did have a good relationship. Now it was reported that they are back together since both are single at the moment.

NW magazine wrote a story suggesting that things are going great again between the ex-couple. The paper insists that Aniston and Mayer have reconciled, and they have proof to back up their claim.

The claims and proof

It turned out that the “evidence” is a picture of the two while they were supposedly out on a dinner date. The reconciliation story of Jennifer Aniston and John Mayer was also featured on other tabloids like OK! Magazine where it claimed that the pair got back together after meeting up for drinks at Beverly Hills Hotel.

It was even said that the couple appeared to be really happy to see each other again, and they are excited to see how things will go for them. It was mentioned that it was John Mayer who reached out to Jen first, and he did this shortly after she called it quits with her second husband, Justin Theroux.

“John saw what she’s been going through in the wake of her split from Justin and her ups and downs with Brad Pitt and figured she might like someone to take her mind off it all,” the source allegedly told NW.

Gossip Cop debunks this report after pointing out that the “proof” presented by the tabloid, which is a photo of Aniston and Mayer, is fake. The publication stated that it was a photoshopped image where Justin Theroux was cropped out and replaced with the singer’s photo.

Also, Aniston’s rep confirmed to GC that Jen and John Mayer are not back together. They said that the two don’t even meet like what was reported in the tabloids, so those are simply bizarre stories full of lies.

This is not the first time that the said magazine published false news about Jen. Not long ago, NW magazine went on to report that Aniston and Mayer met up again at the Sunset Tower Hotel in Los Angeles. However, they added some twist by mentioning that Brad Pitt did not like this idea and told John Mayer to stay away from his ladylove. Apparently, this is another fabricated story.