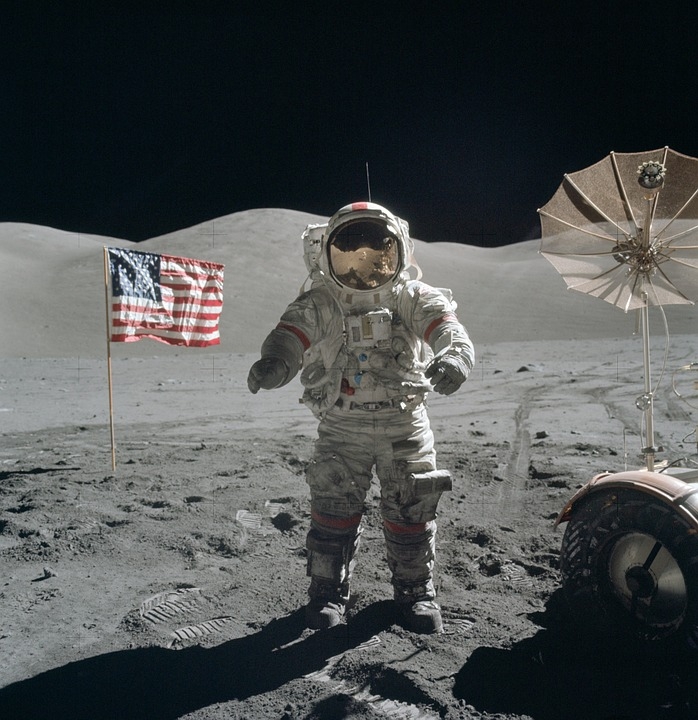 The United States made history in 1969 when astronauts Buzz Aldrin and Neil Armstrong became the first men to set foot on the moon. Despite this achievement, conspiracy theories have sparked skepticism on whether or not the landing was real, but a filmmaker decides to put the theory to rest by breaking down the theory itself.

Express reports that the popular theory regarding the Apollo 11 mission or the moon landing in 1969 was that it was filmed in a studio as a way to boost the morale of Americans in the midst of the cold war, and the shots of Armstrong in a zero-gravity environment was footage that was slowed down. But, film expert Howard Berry put that theory to rest in 2019. In a piece for Quartz, Berry explained the technicals of slowing down footage in film and ultimately, why it would not be possible to pre-record the moon landing in a studio.

“Slowing down film requires more frames than usual, so you start with a camera capable of capturing more frames in a second than a normal one - this is called over-cranking,” wrote Berry. “If you can’t over-crank your camera, but you record at a normal frame rate, you can instead artificially slow down the footage, but you need a way to store the frames and generate new extra frames to slow it down.”

Berry continued to explain why it was not possible for the moon landing to be pre-recorded inside a studio. “Shooting it on film would require thousands of feet on film. A typical reel of 35mm film - at 24 frames per second - lasts 11 minutes and is 1,000 feet long. If we apply this to 12 frames per second film running for 143 minutes, you would need six and a half reels.”

Meanwhile, it was previously reported that Armstrong’s speech 25 years ago might contain a cryptic message regarding the moon landing. Armstrong addressed the future of space to the audience when he made some unusual remarks “We leave you much that is undone. There are great ideas undiscovered, breakthroughs available to those that can remove one of truth’s protective layers. There are places to go beyond belief. Those challenges are yours in many fields of not the least is space, because there lies human destiny.”

Footage of the speech circulated online and sparked theories, some users commenting that Armstrong never mentioned the moon, nor the moon landing.