Angelina Jolie wants Brad Pitt back? ‘Maleficent’ actress allegedly doing her best to take him away from Jennifer Aniston 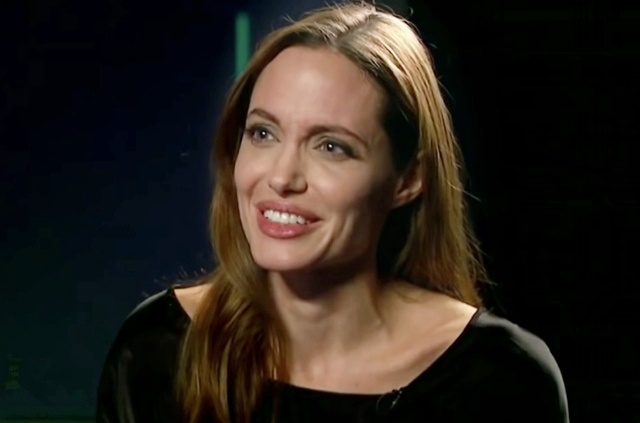 Angelina Jolie has long been rumored to be the reason why Brad Pitt and Jennifer Aniston’s marriage fell apart. And now that she is divorced from the actor and he is being reported to have mend fences and getting closer to the “Friends” actress, Angelina is said to be getting in the picture again as she doesn’t want them together.

The allegations of a love triangle

n a report that was published on Woman’s Day, it was alleged that Angelina Jolie is set on doing everything she can to keep Brad Pitt away from Jennifer Aniston. Based on the claim, the “Maleficent” actress’ main goal for doing this is not to reconcile with her ex-husband but to simply stop him and Jen from getting back together.

Also, a so-called source supposedly told the magazine that Angelina also wants to prove that she can have Brad back if she wants to. “Angie has no intention of ever getting back with Brad but she sure as hell plans on making things extremely awkward for him and Jen,” the tipster said.

Is Angelina Jolie really preventing Brad from getting closer to Jen again?

The claims here sound suspicious, so the fact-checking gossip police went to work to find out the truth. Firstly, Gossip Cop pointed out that this single story contains many rumors, and it is refuting all of them because there are proofs that they are all false.

Angelina Jolie does not want Brad back, and she is not keeping him away from Jennifer Aniston either. Also, Brad and Jen have not reconciled in the first place, so the claim that Angelina wants him back is nonsense.

It was also suggested in the report that Angelina’s plans of getting her ex-husband back seem to be working for the simple reason that the actor was allegedly spotted leaving the actress’ home. Jolie and Pitt have kids, and if it is indeed true that the latter visited her home, it is due to their kids only.

Finally, this is not the first time that Woman’s Day released a false report about Brad and Angelina Jolie. It previously published a similar story last year, claiming that the actress wants to reunite with her ex, and she is making her move to get him.

In this report, it was said that Angelina Jolie can’t move on yet from her divorce, and she doesn’t want to leave things on such bad terms with Brad. This was proven wrong as the actress has long moved on with her life and she has been reported multiple times that her only focus is her children.