Andre Iguodala Trade Rumors: Here are the teams that are interested in acquiring the 2015 Finals MVP 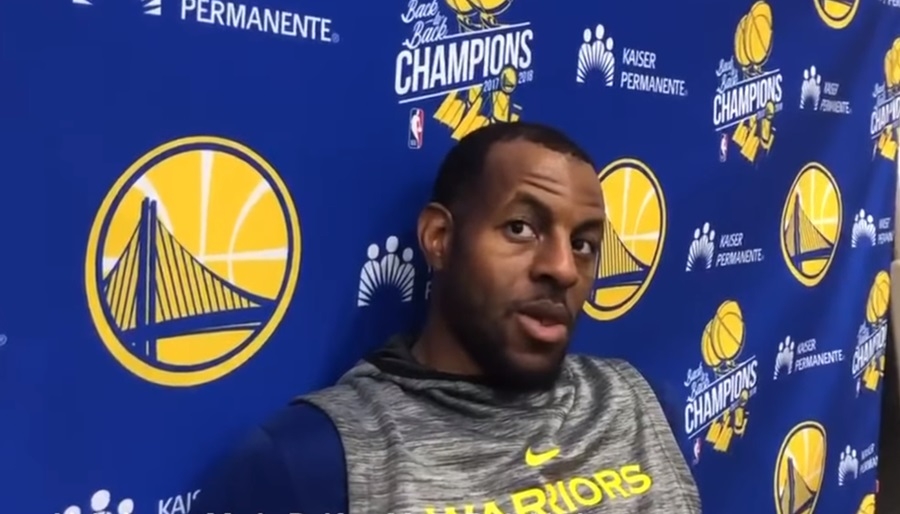 Photo via Screenshot of Swish Daily/Youtube

Andre Iguodala has lot suitors vying for his attention despite being traded to the Memphis Grizzlies. Iggy isn’t expected to stay long with his current team as the Grizzlies are trying to rebuild.

A 35-year-old veteran on the twilight of his career doesn’t exactly fit that role. Thus, Andre Iguodala finds himself being pursued by teams who are hoping to win the 2019-2020 Playoffs.

Among the organizations that are supposedly interested are the Lakers, Rockets, Mavericks, Denver, Clippers, and the Nuggets, Marc Stein said. As of this writing, there’s still no clear indication which of these teams are ahead of the Andre Iguodala race.

In fact, it’s not even clear if they can pry Iggy from the hands of the Grizzlies as the team is asking for a first-round pick. What’s more, Andre Iguodala’s salary is at $17.2 million, which would put some of the aforementioned suitors in the red, particularly the Rockets.

“The Rockets are still not comfortable and have been resisting toward going that deep into the luxury tax to acquire Iguodala in a potential sign and trade... Their tax bill could rise upwards of $20 million by trading for [Andre] Iguodala,” Shams Charania said.

Rob Pelinka might convince Andre Iguodala to join the Lakers

The Mavericks have also pitched Courtney Lee and a second-round pick for the Grizzlies to acquire the veteran. The bad news for the Mavs is that the Grizzlies apparently isn’t happy with the deal and has turned it down. Meanwhile, the Lakers already got their hands tied after spending most of its money and assets in acquiring Anthony Davis along with solid supporting casts that would surround the team’s main cores. But Lakers general manager Rob Pelinka can potentially convince Andre Iguodala to join the team since both men have a great history together.

Pelinka is the previous agent of the veteran. Andre Iguodala recently sat down with “The Full 48” podcast and explained why he trusts Pelinka. Could this trust translate to him wearing purple and gold soon? That remains to be seen. But if he does, then that’ll transform an already dangerous Lakers into a very potent roster, both on the offensive and defensive side of the court.