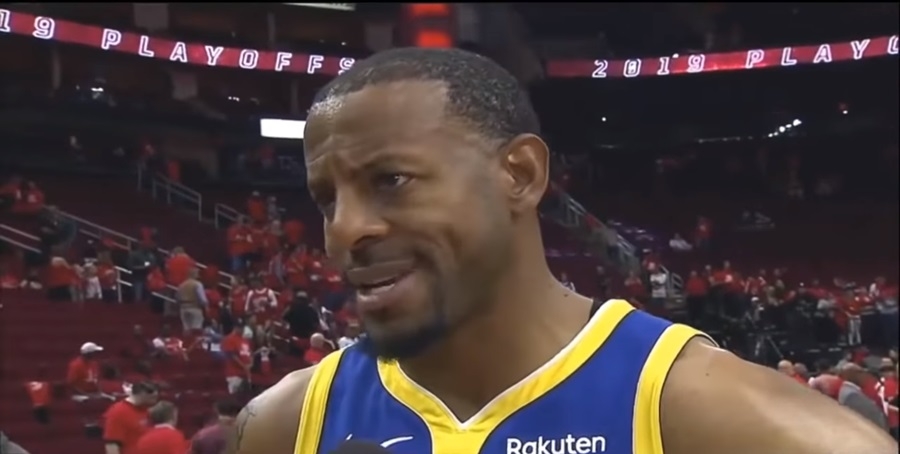 Photo via Screenshot of Charles Barkley/Youtube

Andre Iguodala is in a position to take advantage of the hype surrounding him thanks to his efforts in bringing three championships to the Golden State Warriors. There are two teams that are reportedly interested in prying him off the hands of the Memphis Grizzlies.

They are the Los Angeles Lakers and the Dallas Mavericks. Now, it’s unclear who’s the running favorite between the two since both are facing obstacles in their efforts to land Andre Iguodala.

Dallas is apparently offering the Grizzlies Courtney Lee – who has a $12,759,670 salary – and a second-round pick in exchange for the high-caliber defender. Unfortunately, the Grizzlies are supposedly uninterested in taking Lee’s contract even with the pick used as a kicker to snatch Andre Iguodala, ClutchPoints reported.

The Lakers, on the other hand, can’t offer much to the 35-year-old as the best that they can do is give him a veteran’s minimum. With Andre Iguodala standing on the twilight of his professional career, he’ll likely be trying to land as much money as he can before finally hanging his jersey. But the Lakers still has a chance to convince him to take the vet minimum.

And that chance comes in the form of Rob Pelinka, the general manager of the Lakers. Pelinka is the former agent of Andre Iguodala, with the two men forming a strong bond through the years of working together. Indeed, the talented forward recently gushed about the GM when he sat down with the guys over at “The Full 48” podcast.

He said that Pelinka is a “crafty” and “calculated” guy who has what it takes to be a great general manager. This is despite the fact that Pelinka has yet to prove himself as he appears to be still on the learning stage of his current role, SBNation reported. But if Pelinka can indeed reel Andre Iguodala in and add him to the Lakers, then the team’s chances of winning the 2019-2020 Playoffs will significantly increase.

Right now, the Lakers desperately need a reliable wing defender that can double up as an offensive threat. Andre Iguodala perfectly fits that position and then some given that he’s also a very intelligent player who can make plays for his teammates. Add the fact that he’s a proven veteran that can flourish amidst massive pressure and the Lakers would definitely do well to pursue Iggy. But that’s still in the air for now as both teams try to maneuver their way in an attempt to land the 2015 Finals MVPs.