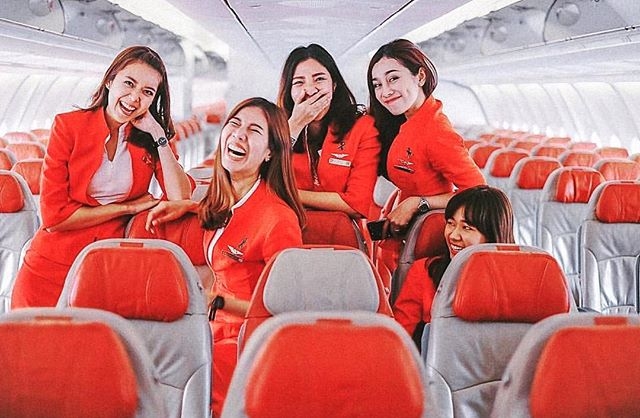 There were better times for AirAsia.

Ernst & Young's audit opinion said the airline's 2019 earnings were dependent upon recovery from the COVID-19 pandemic and fundraising efforts' success.

EY also noted that AirAsia's liabilities exceeded its assets by 1.84 billion ringgit at the end of 2019.

According to Shukor Yusof, the head of aviation consultancy Endau Analytics, EY's opinion is a red flag, which warns against AirAsia's serious risks if the crisis persists or if the airline fails to get a cash injection.

Malaysia's stock exchange had granted the airline a 12-month relief from being classified as a financially-distressed entity, which would require it to submit a business improvement plan.

Other Malaysian companies hit by the pandemic also got the same relief.

Like other airlines, AirAsia suffered immensely s the pandemic curtailed travel demand. The first-quarter loss of $188 million was its biggest for a quarter since its 2004 listing.

The company has been evaluating capital-raising proposals, and its management has announced that an equity raising through a placement or rights issue may soon occur.

AirAsia revealed that joint ventures and collaborations are under discussion and might bring additional third-party investments in specific segments.

The airline also sought payment deferrals from lenders and suppliers while halting all deliveries this year of Airbus SE jets to cut costs.

AirAsia's shares plunged 55 percent this year, reducing its market capitalization to around $594 million.