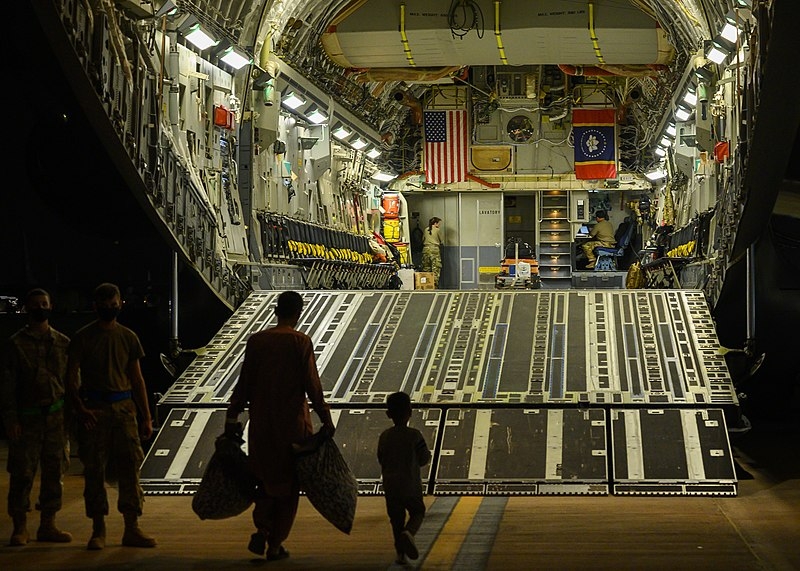 Afghanistan is facing an economic and humanitarian crisis that is likely going to continue since the Taliban took control of the country. This week, officials of the insurgent group’s government have arrested a man who was allegedly trafficking women.

Taliban officials told the press Tuesday that they have arrested a man trafficking dozens of women in northern Afghanistan. The man was arrested in the northern province of Jawzjan on Monday, according to the Taliban’s provincial police chief Damullah Seraj. An investigation is still underway.

Jawzjan district police chief Mohammad Sardar Mubariz told AFP that the man would target women who are desperate to improve their financial circumstances. The man would convince the women they would marry a wealthy husband and would move them into another province where they would be sold. 130 women have allegedly been trafficked in this manner.

This is the latest in crimes that have occurred under the rule of the insurgent group. The Taliban’s interior ministry also announced Tuesday that 60 people were arrested, among them officials of the passport department, for forging documents to obtain passports.

The ministry said that the passport office in Kabul would be temporarily closed for maintenance.

Local media reported Wednesday that the Taliban government is now asking the US to release the country’s reserves, which were frozen since the insurgent group came into power. This also comes as Afghanistan is facing a humanitarian and economic crisis as the international community considers how to approach the country’s new government.

Afghanistan’s interim foreign minister Amir Khan Muttaqi wrote a letter to the US Congress, citing that following the signing of the Doha agreement, Afghanistan and the US are now no longer in military conflict or in opposition of each other. While Muttaqi acknowledged that the international community still has concerns about how to approach Afghanistan, he noted that freezing financial assets is not going to solve the problem.

“We are of the belief that freezing Afghan assets cannot resolve the problem at hand neither is it the demand of the American people. Hence, your government must unfreeze our capital,” said Muttaqi in the letter.