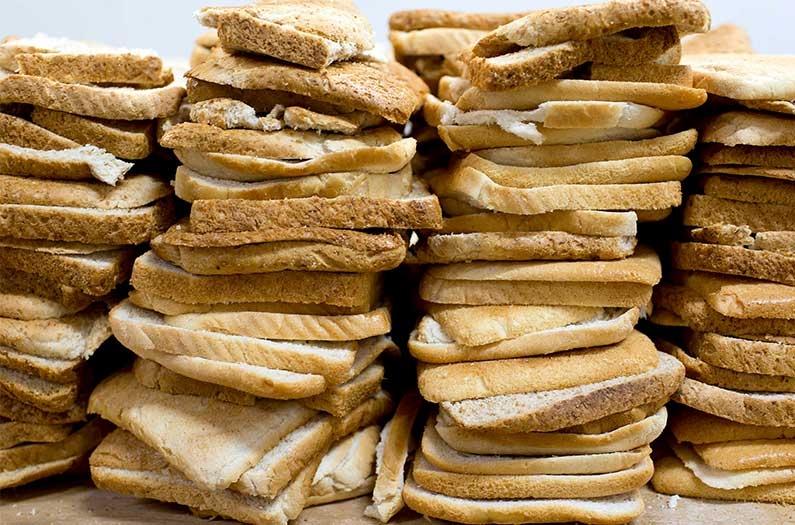 Pasco Shikishima, known for producing loaves sold under its Pasco brand, hopes to halve its CO2 emissions in 2030 from fiscal 2013.

Nagoya-based Pasco Shikishima Corp. teamed up with Kindai University in Higashi-Osaka to recycle waste from its bread manufacturing process to create a next-generation fuel called bio-coke.

Kindai University developed bio-coke, a type of solid fuel made of biomass, which is carbon-neutral and does not produce CO2 and other greenhouse gases that cause global warming.

The entities would conduct a trial test one year to determine if bread crusts and other bread production wastes can be utilized as biomass in creating bio-coke.

Pasco Shikishima, known for producing loaves sold under its Pasco brand, hopes to halve its CO2 emissions in 2030 from fiscal 2013.

According to a Pasco Shikishima representative, they want to do their part in helping create a society marked by sustainable forms of consumption and production.

Around 30,000 tons of waste is generated annually from Pasco Shikishima’s bread-making processes, most of which are reused as animal feed and agricultural fertilizer.

It was Pasco Shikishima who sounded out to Kindai University about partnering on bio-coke technology research in its desire to discover a new use for the leftovers.