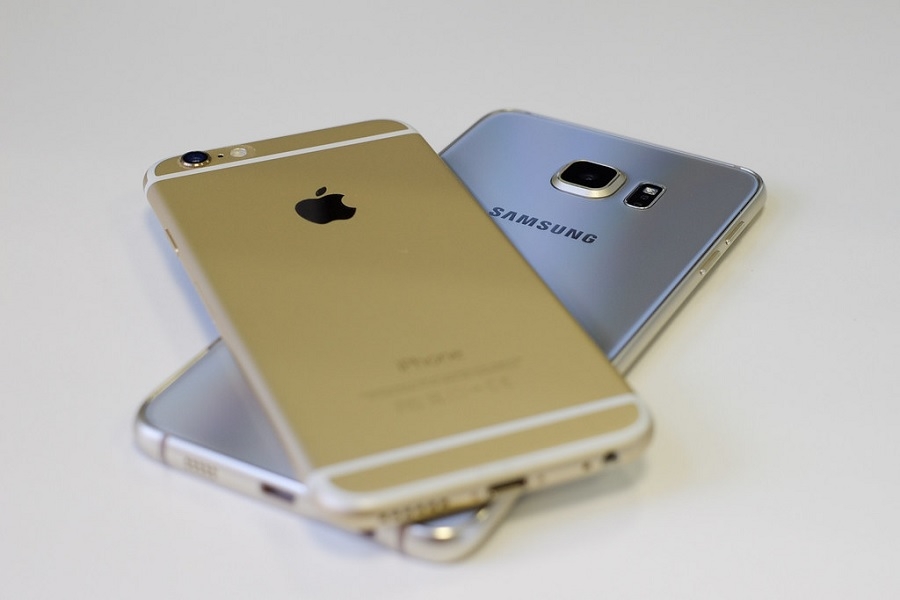 Smartphones made by Apple and Samsung are seen in the photo. | Photo credit: Kārlis Dambrāns / Flickr licensed under Creative Commons (CC BY 2.0: https://creativecommons.org/licenses/by/2.0/)

Over the last couple of years, leading smartphone makers have started a new trend of introducing new smartphones that are below the level of their flagship devices. However, it also does not feel right calling them “mid-range” just because they sport the same core specs as the top-tier smartphones. Apple’s 2020 model of iPhone SE and Samsung’s Galaxy S10e best fit these descriptions.

With difficult times ahead, people needing a smartphone upgrade might want to check out these devices. While the new iPhone SE and Galaxy S10e are priced a few hundred dollars cheaper than Apple’s and Samsung’s latest smartphones, their features and specs are still worth the attention.

iPhone SE and Galaxy S10e’s processors are what makes it unfair to call them “mid-range.” They both have the same CPU as the premium flagship devices from both companies at the time of their launch. This means iPhone SE is running on A13 Bionic while Galaxy S10e is powered by Qualcomm’s Snapdragon 855, which is the same CPU as its big brothers Galaxy S10 and S10 Plus from 2019.

Packing these premium processors allows these devices to support the latest operating system builds of iOS and Android as well. iPhone SE ships with the iOS 13, while the Galaxy S10e can be upgraded from Android 9 to 10.

Both devices, again, thanks to their processors have very similar RAM and internal memory options as premium Apple and Samsung smartphones. iPhone SE has 3GB RAM (same as the iPhone X) with storage options 64GB, 128GB, and 256GB. Galaxy S10e, being an Android device, has bigger RAM options between 6GB and 8GB, but with only 128GB and 256GB internal storage variations.

iPhone SE pretty much has the same camera specs as the iPhone 8 from which its form factor is also similar, including a 12MP rear camera and 7MP for selfies. The Galaxy S10e has a dual-camera on the back with 16MP ultrawide and 12MP wide lenses while its selfie camera packs a 10MP ultrawide shutter.

This is where it gets interesting. The iPhone SE’s price starts at $399, meaning that is how much it will cost for a model with 3GB RAM and 64GB storage while the highest configuration can go for as much as $549. But even the latter price tag is still lower than the starting price of the Galaxy S10e. Without a Samsung, Apple, or Google smartphone to trade in, people will need at least $599 to get Samsung’s cheaper device option with 128GB internal memory while opting for a 256GB variant will add another $100 on the bill.