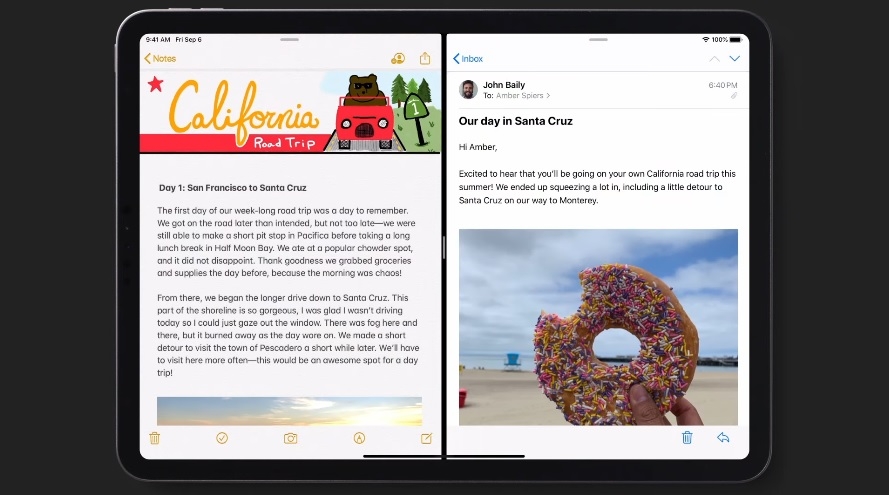 Tech fans are very familiar with the companies’ timelines for new hardware and software products. It is not surprising that many Apple fans are now looking forward to iOS 14 even though iOS 13 only went live barely two months ago.

The buggy state of the iOS 13 could also be the reason why people have started talking about iOS 14 already. To appreciate how many issues have emerged on the iOS 13, note that the latest iOS 12 public update exactly a year ago was iOS 12.1.1. On Friday, Apple is already seeding iOS 13.2.2.

Helping people forget about the iOS 13 bugs is a concept video created by YouTube channel the Hacker 34. One of the interesting features that are hoped to be included in iOS 14 is the split-screen function that is called the Split View on iPadOS.

Split View is a multitasking feature that allows iPad users to open two windows of the same app or two different apps at the same time. It is different than the Picture-in-Picture feature. With Split View, a user can continue browsing through Safari while also composing a text message simultaneously – Android users are already familiar with this one. Considering that the Split View has already been introduced on iPadOS, it is not too far-fetched to wish the same feature on iPhones through the iOS 14.

In the iOS 14 concept video, the content creator used the Safari web browser and Maps as examples. The Apple website can be viewed while not having to close the Maps app.

Keep in mind, though that is only coming from a concept video. Information about the iOS 14 will likely get leaked in early 2020.

Apple fans could learn a thing or two about iOS 14 through the so-called industry sources in the coming months. Apple’s new OS products are always announced in early June during its Worldwide Developers Conference (WWDC), which explains why leaks will likely emerge in early 2020.

Meanwhile, Apple has also maintained a consistent timeline of the first full release of every iOS version. So it is not a stretch to expect the iOS 14 to go live sometime in fall 2020.