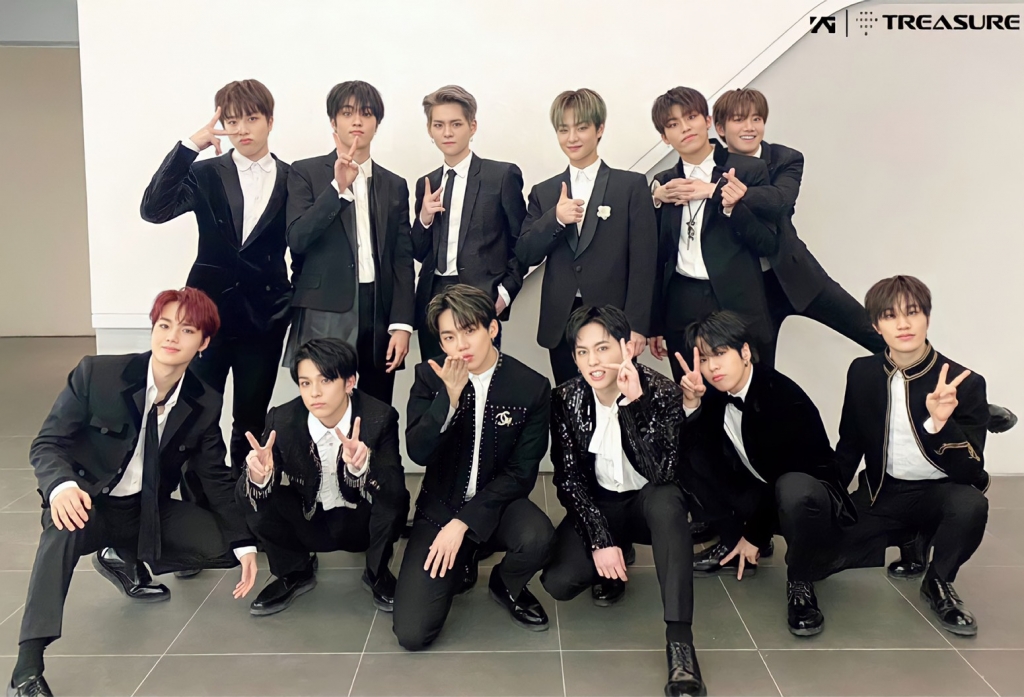 YG Entertainment’s newest group TREASURE will be kicking off 2021 with new music. The group has announced that they will be returning with their first full-length album in January.

YG Entertainment has announced that TREASURE will be coming back in January 2021 with their first full-length album, following their previous mini-releases including their debut single “Boy.” The group has also released the first teaser photo of their upcoming album titled “THE FIRST STEP: TREASURE EFFECT,” with their comeback slated for January 21, 2021. The group recently came back in November with their single album “THE FIRST STEP: CHAPTER THREE” with the title track “MMM.”

Prior to “MMM,” the group came back in September with “I Love You” a little over a month after their debut in August. TREASURE also set the record for 2020 rookie group sales for their debut single album “THE FIRST STEP: CHAPTER ONE” selling over 150,000 copies in its first week of its release with 200,000 copies pre-ordered. Their debut music video has also reached over six million views in less than 15 hours since its release. TREASURE has also swept up awards this year, winning Best New Artist (Male) in the Asia Artist Awards, Best New Male Artist and Worldwide Fans Choice in the 2020 MNET Asian Music Awards, and Rookie Male Idol in the 2021 Korea First Brand Awards.

Back in November, YG Entertainment released a statement addressing the concerns surrounding parts of the group’s choreography for “MMM.” The agency announced on November 8 that it would be changing parts of the choreography for “MMM” while also assuring the fans of the group’s continuous practices of the said routine and the smooth filming of the music video. This comes as fans have expressed concerns that certain moves in the choreography could be dangerous for members to have to perform over and over again especially after the group’s comeback performance on SBS Inkigayo.

“Starting with their next performance, we will modify the intense choreography the fans are worried about, and TREASURE plans to continue promoting actively through the end of the year,” said the agency in the statement.