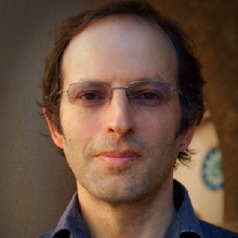 The Electronic Entertainment Expo, commonly referred to as E3, is the world’s largest meeting of everyone connected to the video game industry. Held in Los Angeles, it officially starts on Tuesday but there have already been significant announcements from Microsoft and games developer, Electronic Arts.

E3 attracted more than 50,000 attendees last year, a figure that is expected to increase this year as members of the public will be allowed to attend.

So why should people care about E3? Well, firstly, there is a big chance that you are someone who actually plays video games or are a parent of a child or children that do.

Reason 1: You are very likely to be a gamer

More than 1.2 billion people played video games in 2014. In the US, 67% of households own a device used to play video games. When we consider the use of mobile phones for casual games, that number is much larger (all of the people who play solitaire or words with friends on their phones but would not consider themselves gamers for example).

The idea that gamers are young male teenagers is incorrect as well. The average gamer is 35 and there are more women over 18 years old playing games than males under 18.

Reason 2: Video games and the economy

It is no coincidence that companies like Apple use games as part of their keynote presentations to demonstrate the capabilities of new devices. Games serve to highlight the improvements in the underlying technologies like graphics processing which benefit all users, not just those who play games. They also serve to show that games are increasingly an important category of application of mobile devices as more people use them to play games.
Graphical processing on mobile devices may also allow these devices to do artificial intelligence tasks faster and more efficiently, a feature that is playing an increasing role in all software on mobile devices.

So what has been announced so far?

The biggest announcement so far has come from Microsoft who revealed the anticipated Xbox One X, something it is calling the most powerful games console ever built.

The new console leapfrogs the capabilities of the Sony Playstation 4 in capabilities but can deliver games using 4K HDR at up to 60 frames per second. The makeup of the console is more reminiscent of a supercomputer than something to play games with including a “liquid-cooled vapour chamber”, very fast memory and a graphics processing unit that would have put the console in the top 500 supercomputers 12 years ago.

Of course it is the new and updated games themselves that are also announced at E3. Although there are too many to list here, one game deserves a mention because of its innovative game design. Electronic Art’s “A Way Out” is a prison breakout game that can only be played with another person. Whilst having a split screen mode in some games is optional, making the gameplay use this mode exclusively has opened interesting possibilities in terms of the game design. It also highlights the fact that although there have been improvements in artificial intelligence, having an AI companion isn’t always as good as playing with another human.