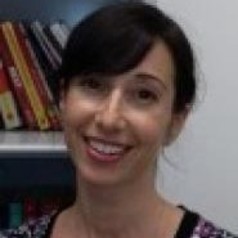 In April 2018, the public learned that George Mason University had let the Charles Koch Foundation have a say in the hiring and review of faculty. The revelation confirmed long-held suspicions that Virginia’s largest public university was susceptible to pressure from wealthy people who make big donations to a foundation that solely exists to support the school.

The news also raised more questions. For example, how was the school able to conceal the strings-attached gift agreements for years? Do other public universities have similar arrangements, in which donations flow not to them, but to affiliated foundations?

Most importantly, do these foundations give donors a legal right to shape a public institution of higher education without public oversight if they so choose?

As a journalist-turned-professor who researches the tension between privatization and the public’s right to know, I can tell you the vast majority of public colleges and universities have separate foundations that exist to receive and manage their private donations. And unless state lawmakers do more to address the transparency status of these foundations, I’m concerned there are few ways to detect the kind of influence allowed at George Mason.

Transparent GMU, a student advocacy group formed in 2013, had tried for years to access the Koch agreements under Virginia’s Freedom of Information Act (VFOIA). The group suspected that, like Florida State University, George Mason might be trading academic influence for Koch dollars.

The group’s VFOIA requests were denied on the basis that the George Mason University Foundation possessed the agreement records and, as a private entity, did not have to share them.

Transparent GMU sued the foundation in 2017. The group argued that because the nonprofit accepts, disburses and administers funds for the sole benefit of a public university, it should be subject to VFOIA requests just like the university.

More than a year later, while the case was still pending, the university released the agreements and acknowledged that allowing donors to influence faculty decisions “falls short of the standard of academic independence we should expect in every gift.”

In the wake of the scandal, in May 2019 the university revised its gift acceptance policy. The university now accepts conditions attached to a private donation in writing, which makes them part of the public record. The Charles Koch Foundation also announced that it will now make public all multi-year agreements with colleges and universities.

But Transparent GMU ultimately lost its court challenge. In a unanimous decision that leaves no path for appeal, the Virginia Supreme Court ruled Dec. 12 that as a privately held corporation with its own bylaws, the George Mason University Foundation is not a public body. Therefore, it’s not obligated to disclose records.

Unless it’s related to the federal government, public information access is regulated state by state under individual Freedom of Information laws. Each state defines in its own way what constitutes a public body, public records and public meetings.

Only Nevada explicitly defines university foundations as governmental entities under its public records act. A handful of other states, including Colorado, Georgia and Minnesota, have laws dictating that foundations disclose certain financial records while still remaining private. In most cases, even in Nevada, donor identities remain confidential.

Virginia’s Freedom of Information Act applies to public agencies, bodies supported wholly or principally by public funds, and entities “of the public body created to perform delegated functions of the public body.”

The state Supreme Court cited the Webster’s dictionary definition of the word “of” in deciding the George Mason foundation wasn’t a product “of” the university, even though it exists to support that school, pays the majority of the president’s salary, operates on campus, is part of the GMU website and staff directory, and is considered a “component unit” in university accounting.

“Had the General Assembly intended the unreserved inclusion of nonprofit foundations, that exist for the primary purpose of supporting public institutions of higher education, as public bodies under VFOIA, it could have so provided, but it has not,” Justice Cleo Powell wrote. “Policy determinations of this nature are peculiarly within the province of the General Assembly, not the judiciary.”

Courts in other states have followed the same logic. In 2001 a California appellate court found that the California State University, Fresno Association, a nonprofit that operates the university’s commercial enterprises, wasn’t a public agency under the state’s Public Records Act (CPRA).

The court looked at the language of the law, weighed it against the spirit of transparency, and saw a puzzling gap.

“We are fully cognizant of the fact that our conclusion seems to be in direct conflict with the express purposes of the CPRA ‘to safeguard the accountability of government to the public,’” Justice Rebecca Wiseman wrote. “The Legislature’s decision to narrowly define the applicability of the CPRA, balanced against its sweeping goal to safeguard the public, leaves us scratching our judicial heads and asking, ‘What was the Legislature thinking?’”

But courts don’t act as super-legislatures to determine the wisdom or propriety of statutes, she continued. “The rewriting of a statute is a legislative, rather than a judicial function, a practice in which we will not engage.”

Under the Richard McKee Transparency Act of 2011, donors can remain anonymous unless they receive something in exchange that’s worth more than $2,500 or a no-bid contract within five years of the donation, or if they attempt to influence university curriculum or operations.

One, introduced Jan. 4, would make the amount, date, purpose and terms of a public-university donation subject to FOIA, and only grant donor anonymity if the donor requests it and does not set conditions related to academic decision-making.

The second proposal follows George Mason University’s lead. It would make universities accept in writing any terms or conditions placed on a donation and then provide that document upon request.

If those bills become law in Virginia, they could serve as good models for legislators in other states. Efforts to define university foundations as public entities usually go nowhere, but states can require more transparency of private organizations that are so clearly enmeshed with public institutions.