Why isn't Australia in deep space? 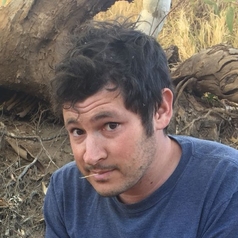 This weekend marks 50 years exactly since humans first walked on the Moon. It also marks Australia’s small but significant role in enabling NASA to place boots on the lunar landscape – or at least to broadcast the event.

Those literally otherworldly images – beamed into countless schools, homes and workplaces – were at times routed through the Parkes Radio Telescope in New South Wales.

Thanks to a strong radioastronomy program dating back to the 1950s, a warm political relationship, and a geographically useful position in the Southern Hemisphere, Australian facilities have served NASA’s Deep Space Network for well over half a century.

Today, if you walk into the Spacecraft Operations Facility at NASA’s Jet Propulsion Laboratory in Pasadena, California (which served as backup control room for the Apollo missions), you’re sure to notice an Australian flag positioned near a monitor showing a live stream of data from the Deep Space Network. The symbol for the Australian relay flashes as data arrive from spacecraft orbiting objects in the inner Solar System, and from others operating beyond the orbit of Pluto.

Through the Canberra Deep Space Communication Complex, Australia’s telescopes and tracking stations have played a role in every deep space mission since Apollo. However, our involvement is largely serendipitous rather than intentional, with generations of Australian governments having shown close to zero interest in space science.

Until the formation of the Australian Space Agency, almost 49 years to the day since the Parkes dish helped people everywhere watch the moon landings, Australia was the only OECD country without a national space agency.

Yet we were once a genuine space power. Australia was the third nation to launch a satellite from within its national borders, and the seventh overall. During the Apollo era, Woomera was the largest land-based test range in the Western world.

Notwithstanding a recently reinvigorated commercial light launch industry and a range of Earth observation and communications satellites, space science has followed a downward trajectory in Australia ever since. Deep space exploration in particular is viewed as the exclusive playground of superpowers, far too expensive for a middling nation.

Yet examples abound of smaller nations punching well above their weight in deep space. Take Canada, a country of comparable population and wealth to Australia, which has contributed numerous payloads to international missions. The Shuttle Remote Manipulator System, better known as the Canadarm, has worked on both the Space Shuttle and the International Space Station, inspiring a generation of robotics students along the way. 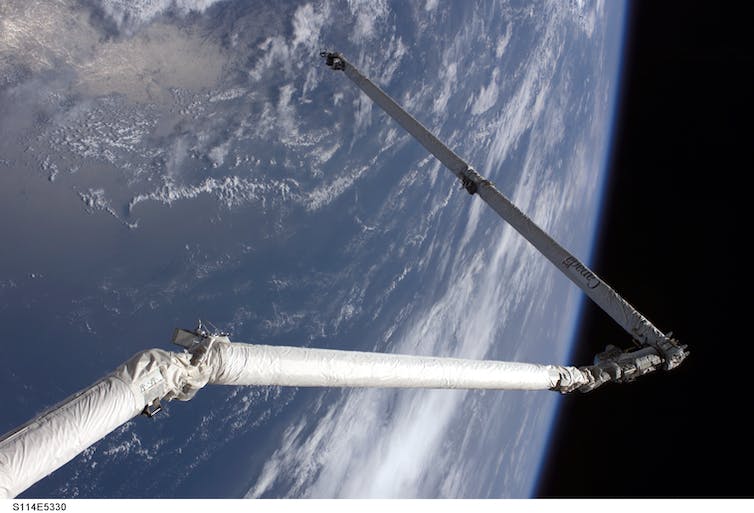 Canada will now build and operate a similar instrument on the Lunar Orbital Platform-Gateway, the first stepping stone for astronauts headed to Mars. 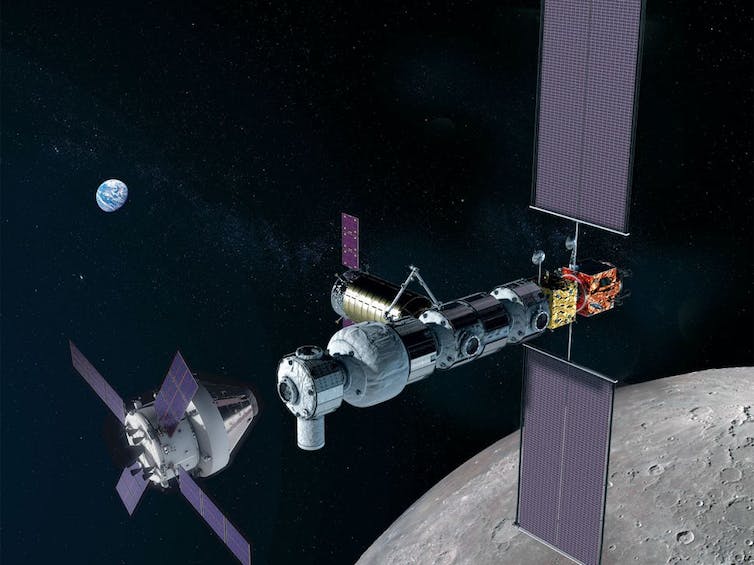 Looking towards the next favourable launch window for Mars, which will occur in mid-2020, the United Arab Emirates (with a GDP less than a quarter of Australia’s) will launch its Mars orbiter. The European and Russian space agencies will launch a combined orbiter, lander and rover mission. China is on track to launch the first Chinese Mars rover in the same window, and shortly thereafter India will launch a new Mars orbiter based on the tremendously successful (and, at US$73 million, surprisingly affordable) Mars Orbiter Mission.

Norway has channelled its experience studying glaciers with ground-penetrating radar into a geophysical instrument that will peer below the Martian surface. The Danish Technical University has designed a new lens that can photograph objects the size of a grain of sand on Mars.

These and many other nations have a front-row seat on multibillion-dollar missions designed to address some of the biggest questions in science. The experience gained will all but ensure they stay on board for yet more ambitious international collaborations in the future.

This sort of contribution is within Australia’s compass, and we are well placed to collaborate with established space powers including the US, Europe, Japan and China. As more of the Solar System is explored and settled by robots, missing out means losing our voice on space policy issues.

Now we have a national space agency, we can at least rebuild the legal framework needed for international collaboration, and develop technologies to pitch to future missions. One hurdle here is the chicken-and-egg problem of having no current product pipeline because of no previous funding.

Fortunately, despite the near-total absence of a local space industry for decades, there is a considerable contingent of Australian expats working in space agencies overseas. This valuable talent pool can hopefully be enticed home.

NASA is developing a nuclear-powered unmanned aerial vehicle for exploring the surface of Titan, one of Saturn’s moons.

A diverse and ambitious array of deep space missions is currently in development. Almost every part of the Solar System is receiving some attention. NASA is developing a lander to study organic molecules on Europa, and has just announced a nuclear-powered drone for exploring Titan. Numerous missions to comets, asteroids and Kuiper Belt Objects are in planning or already underway.

Where might Australia get the best bang for our buck? What’s the next “Moon shot”? After all, we might as well hitch our wagon to the largest beast in the yard.

Arguably, the next grand challenge is to bring Mars samples back to Earth. Both NASA and the Chinese Space Agency are planning missions that could culminate in achieving this during the 2030s. 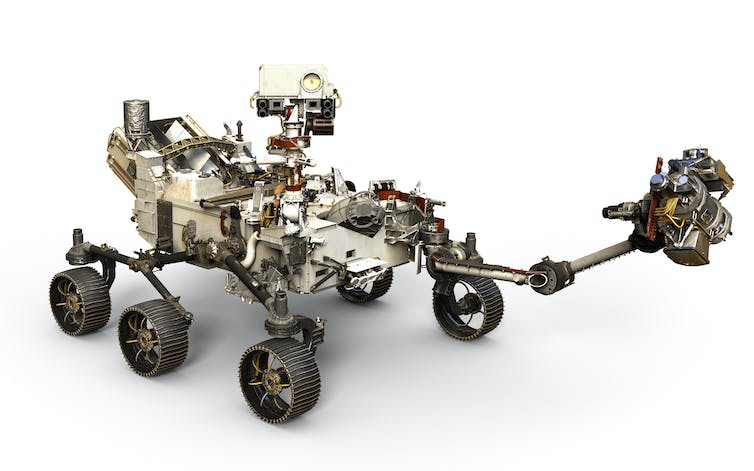 NASA’s Mars 2020 rover represents the first mission in that series – indeed, one of its instruments will carry out a chemical analysis project led by Australian geologist Abigail Allwood. I am another Australian involved in this mission, and our compatriot Adrian Brown is the Mars 2020 Deputy Program Scientist.

Samples from Mars, some of which will be older than any surviving rocks on Earth, will provide new insights into the evolution of our own planet. They may even answer the question of whether life has evolved elsewhere in the Solar System, and thus whether we are likely ever to encounter living organisms beyond Earth. 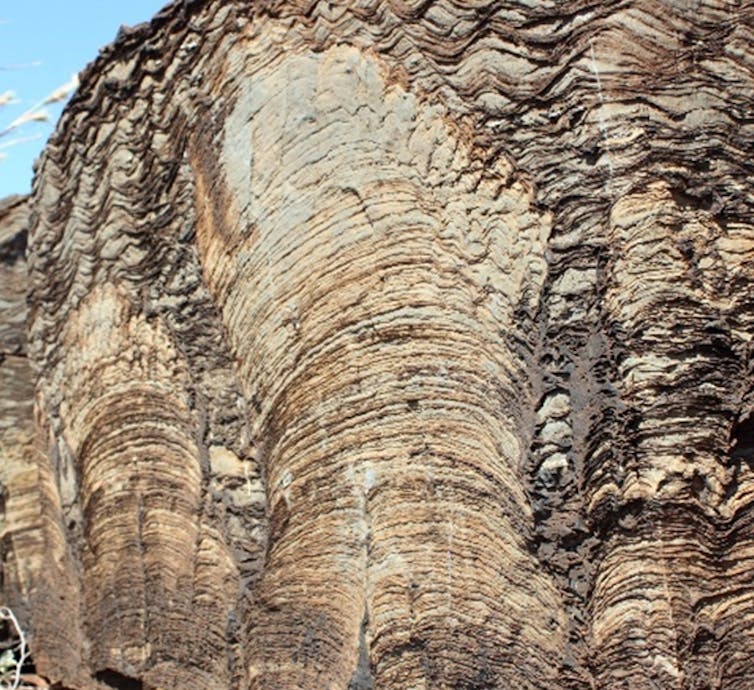 This 2.7 bilion-year-old stromatolite grew in a lake environment that was probably similar to the lake that formed the sediments in Jezero Crater on Mars - the landing site for NASA’s next flagship Mars rover mission. David Flannery

Australia can help answer these kinds of questions, given our expertise in mining geology and remote sensing – not to mention studying the world’s oldest evidence for life on Earth: the ancient microbial fossils of Western Australia.

In this and in other deep space science opportunities, all we lack is the courage to imagine what is possible, and the confidence in our ability to succeed.