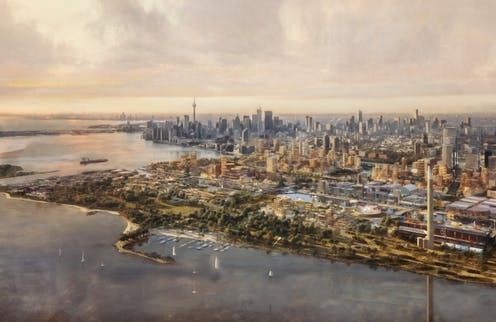 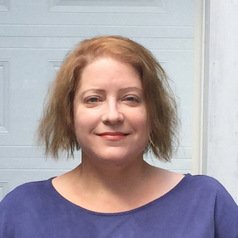 Following nearly two years of often-contentious public consultations, this master plan is also intended to put to rest criticism that Sidewalk Labs, a Google sister company, would unfairly dominate the project by controlling data and the intellectual property rights of any technologies developed.

Instead of easing concerns, however, the plan starkly reveals the power that Sidewalk Labs proposes it should be granted, as well as its goal of becoming the dominant player in Toronto’s smart-city project.

Sidewalk Labs proposes multiple roles for itself as public planner, real-estate developer, builder and manager of critical physical and digital infrastructure and a creator of the rules and standards that will affect all businesses and residents within the smart city.

As legal scholars Ellen Goodman and Julia Powles observe, in these roles Sidewalk Labs is not only defining the problems and solutions of the smart city, but is also often positioning itself as uniquely qualified to provide those solutions directly.

To understand the implications of Sidewalk Labs’ roles as both public planner and private vendor, recognize that Sidewalk Labs is not simply a technology company; it’s also “Google’s Division of Urban Policy,” as Brock University’s Blayne Haggart puts it.

In this role, Sidewalk Labs is in the position of setting rules and standards for physical and digital infrastructure which, if the project goes ahead, will govern the smart city for decades to come. And it’s doing so in a way that would unfairly privilege its own commercial interests.

This is not simply a case of a vendor proposing to build streets or buildings in a certain way, with vendors retaining proprietary interests in the technologies they invent. For example, it wouldn’t be unusual for a company to propose rolling out its prototype modular pavement, composed of interlocking pre-cast concrete pavers, for streets in Quayside, as Sidewalk Labs is proposing.

But Sidewalk Labs also proposes to grant itself the capacity to set the rules that will govern the urban infrastructure within the project neighbourhood.

Sidewalk Labs’ master plan goes far beyond planning the smart-city features like heated sidewalks, timber skyscrapers and self-driving vehicles that were the focus of much of its public consultations.

Its most consequential proposal was one that was hardly discussed during the public consultations: namely the creation of five powerful regulatory bodies, managed wholly or in part by a public administrator.

I’ve written about these proposed regulatory bodies, their possible funding models, and the changes that Sidewalk Labs proposes to existing laws and municipal bylaws to bring them into being. Each new regulatory entity would have yet-to-be-determined relationships with existing provincial and municipal government agencies, and would likely depend on public revenue to supplement their proposed user-fee models.

Needless to say, it’s very unusual for a private-sector vendor to call for the creation of five new bureaucracies to deliver its infrastructure plan. Sidewalk Labs’ actual proposals aren’t helped by the fact that it doesn’t account for the funding and resources needed to run these agencies in its master plan.

But the problems with these proposals go far beyond their viability and the economic burden they’d impose on Torontonians. Most importantly, Sidewalk Labs’ proposed overhaul of existing regulatory structures asks the fundamental question: Who governs? Or, more precisely, who should govern?

In essence, Sidewalk Labs is planning the bureaucracy that will govern the waterfront’s smart neighbourhood. Typically, we expect elected officials to create public regulatory bodies through publicly drafted legislation, with a clear, costed detailing of the regulatory powers and relationship with existing bodies.

What’s more, for the public to perceive regulatory bodies as legitimate, they need to be seen as being independent from those they regulate. Simply put, regulators should not be created by those they will govern.

Sidewalk Labs breaks this norm with its proposal of an urban data trust, an independent body that would set rules on data collection in public spaces and how that data can be used and commercialized. By putting forward its ideas of data collection and consent in public spaces, with an emphasis on maximizing collection and minimizing privacy, the company is shaping the framework in which the urban trust would operate.

Waterfront Toronto, the public body composed of appointees from three levels of government, which issued the smart-city project bid back in 2017, required the successful bidder to propose governance structures. Its request for proposals stated the bidder would “work closely with Waterfront Toronto” to “create the required governance constructs […] including legal frameworks (e.g. Intellectual Property, privacy, data sharing).”

Sidewalk Labs is fulfilling the (problematic) requirements that Waterfront Toronto set. However, it is fundamentally undemocratic that a private company is drafting the blueprints that would set the agenda for public regulators.

Torontonians have been placed in a difficult spot: They are being asked to debate a surprisingly vague proposal that would create significant new bureaucracies, drafted in response to a process that never should have placed “governance constructs” on the table.

These are such fundamental problems with both process and proposal that it’s hard to see any good coming of it, no matter what changes are made. But at the very least, public consultations — and a final decision — on Sidewalk Labs’ master plan must include a thorough discussion of these problematic proposed governance structures.