US President Donald Trump questioned Obama's mental health in 2014, calls him a 'psycho' 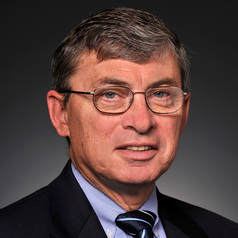 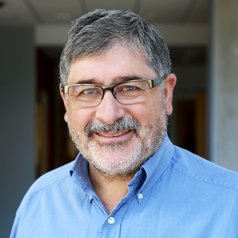 Two sides of a dispute are at an impasse.

Both refuse to negotiate until the other side gives in to their central demand, with no reason to compromise. Animosity between the parties deepens as they hurl personal insults. The stalemate seems intractable as public costs mount.

While this may sound like it’s describing the government shutdown, it’s also what happens during an unsanctioned job action – sometimes called a “wildcat strike” – in which workers walk out or slow down work over a serious disagreement with management. The company won’t negotiate until the “illegal” action ends, while the workers want a solution to their core issues first.

The same conflict is playing out in Washington, as Donald Trump won’t budge over his demand for funding for his border wall, while Speaker of the House Nancy Pelosi and other Democrats insist the president open the government before any real negotiations can begin.

How can they break the logjam? As union-management negotiation experts, we believe a relatively recent labor dispute offers important lessons for Congress and the president.

In 2015, ports across the West Coast were crippled after 20,000 dockworkers staged what management claimed was a work slowdown shutting down the ports.

The International Longshore and Warehouse Union had been negotiating for nine months over health care, outsourcing and other issues. On the other side of the table was the Pacific Maritime Association, which brings together the terminal operators and others in management in the ports up and down the West Coast.

A combination of actions and reactions from labor and management didn’t just shut down operations but escalated the anger on both sides.

Since almost half of all container shipments travel through ports on the West Coast – or about US$2 billion a day in cargo in 2015 – resolving the dispute was a national imperative.

While many issues were settled with the help of a federal mediator, one final sticking point remained involving arbitration. To outsiders, it seemed a relatively small matter, but it was one of principle for both sides.

After two weeks and $7 billion in costs, the impasse was finally resolved by bringing more powerful third parties to the negotiations, in this case the secretaries of Labor and Commerce. They had the power to potentially force an end to the dispute, if necessary.

At same time, it was vital to the secretaries’ success that back channel communications remained open throughout – involving the unions, management, the federal mediators, the mayors of the key ports and shipping companies. This allowed the parties to consider options and negotiate without labor and management abandoning their public positions.

In other words, neither side had to admit that it compromised on principle – management didn’t want to validate the job action and labor wouldn’t reopen the ports without movement on the arbitration issue – and in the end, both could claim that they did the right thing while enabling the economy to get moving again.

So what does this mean for government shutdown negotiations, which have happened only in fits and starts?

The first thing they need is the right mediators. Currently, there’s no one in this role. House Democrats, for example, say they are willing to offer more money than before, but they did so in a press conference. That’s not how you negotiate.

One problem in this situation is that finding someone who’s both powerful – given the parties involved – and trusted won’t be easy. One option would be for a small number of highly respected Republican and Democratic leaders in Congress to come together to serve as the honest brokers or mediators. The group needs to have individuals who are trusted by each of the protagonists. Somebody both Trump and the Democrats will listen to.

Some senators have been trying this but have struck out in getting Trump to negotiate.

Secondly, and just as important, they need to stop negotiating in public. Trump has a tendency to tweet his demands and insults, while the Democrats tend to issues their demands in statements to the press.

A skilled labor mediation team would use a strategy that allows each party to hold to their publicly stated commitments and positions while engaging in private off-the-record conversations that actually ignore what they said in public.

One mediator tactic is to use “what if” questions in an effort to determine just what each side could live with if the other party also agrees to certain things.

Examples include asking Trump, “What if Democrats agreed to give you more money for border security and just a little for a wall?” Or asking Pelosi, “What if the president ended the shutdown today and moved forward on other key issues, what would you be willing to give him on border security beyond what you’ve already offered?”

If these back-and-forth separate conversations could produce a mutually acceptable agreement, the mediators could then orchestrate an event in which they or the parties simultaneously announce that the shutdown ends immediately and outline the terms of the deal.

This enables both parties to win their key point: The Democrats say they preserved their principle of no deal until the shutdown ends. The president says he didn’t end it until he got a winning deal on border security that he can claim helps solve the immigration problem more broadly.

Let’s hope a dream team of Democratic and Republican leaders create the back channel that our nation’s leaders so desperately need.