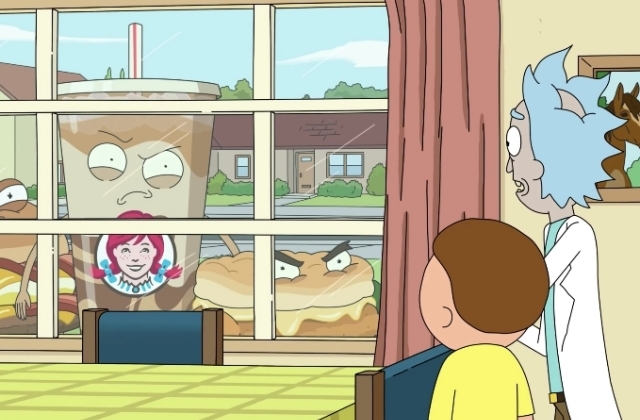 Wendy’s started promoting the return of “Rick and Morty'' season 5 last week. While the animated adult sitcom already premiered on June 20, it appears that the burger joint and the show’s collaboration is not yet finished.

The start of the latest team-up

Early last week, Wendy’s introduced new “Rick and Morty” inspired drinks in its restaurants. The themed drink mixes are made through the Coca-Cola Freestyle machines that were installed in Wendy’s select outlets.

Wendy's and Adult Swim brought the Mello Yello BerryJerryboree and Mello Yello Portal Time Lemon Lime drink mixes and these two are obviously Rick and Morty-themed. In any case, these will be available from June 16 to Aug. 22.

"Wendy's is such a great partner, we had to continue our cosmic journey with them," Warner Bros. global kids, young adults, and classics chief marketing officer, Tricia Melton, said in a statement from Warner Media. "Thanks to them and Coca-Cola, fans can celebrate Rick and Morty Day with a Portal Time Lemon Lime in one hand and a BerryJerryboree in the other.”

Now that “Rick and Morty” season 5 is here, it was unexpected when a new Wendy’s commercial was posted on YouTube. As per Comic Book, this latest Rick and Morty x Wendy's video ad offers the same feel as the previous promo.

Breakfast favorite combos at Wendy’s were featured in the video and these are the Breakfast Baconator and Honey Chicken Biscuit along with the Frosty-ccino. Surely, fans of the restaurant will instantly recognize these items in the “Rick and Morty” ad.

Meanwhile, the video clip is not just what Wendy’s and Rick and Morty have come up with to continue with the promotions. In addition to new drinks and breakfast food items, the restaurant chain also created a pop-up for the show.

Ad Age mentioned that In its outlet in Panorama City, Los Angeles, the whole Wendy’s restaurant was instantly turned into a dimensional world that the animation is known for. The name was even changed from Wendy’s to Morty's. It was reported that this pop-up will be on the site until the weekend.