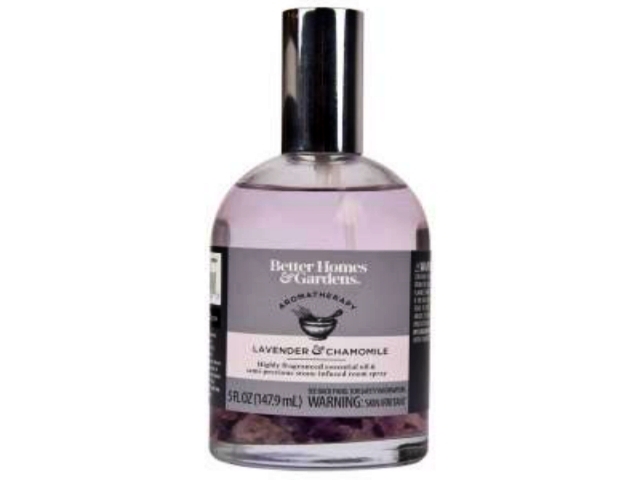 Walmart announced a recall on branded aromatherapy spray that has been selling in its stores. The item is a room spray type of aromatherapy, and the retailer immediately pulled them off the shelves after the U.S. Consumer Product Safety Commission issued a recall on Oct. 22, citing dangerous bacteria contamination.

According to CNN Business, Walmart recalls a total of 3,900 Better Homes and Gardens aromatherapy essential oil bottles. The oils are said to have been infused with gemstones, but they may contain the deadly Burkholderia pseudomallei bacteria.

This group of microorganisms may cause a fatal health condition called Melioidosis, so the spray bottles should be immediately removed. The CPSC stated in the recall announcement that the condition is rare and may be hard to diagnose. The commission further warned that it could lead to death, so it is really dangerous.

The recall was put in place by the CPSC following the product testing that was conducted by the Centers for Disease Control and Prevention. The test was initiated as part of an investigation for four cases of Melioidosis, where two were confirmed fatal in the United States. Fox Business reported that the cases were reported in Georgia, Kansas, Minnesota, and Texas, and the two fatalities were said to include one child.

Then again, it was reported that the CDC has not officially confirmed the four infections to be connected to the Better Homes and Garden's aromatherapy sprays but the CPSC stated that a bottle with a similar kind of bacteria was discovered in the home of one of the individuals who died.

It was mentioned that Walmart is selling the said aromatherapy room spray for $4 and these are available in 55 store outlets of the company located across the U.S. These were sold in the stores from February of this year until this month.

"We are deeply concerned that there may be a connection between this product and this rare bacteria," Walmart told CNN Business via email with regards to the recall. "Our sympathies and concerns are with the four families that have been impacted."

Meanwhile, shoppers should take note that the recalled scents of the Better Homes and Gardens Aromatherapy line are Sandalwood and Vanilla, Lavender and Chamomile, Lavender, Lemon and Mandarin, Peppermint, and Lime and Eucalyptus. Each of the scents is packed in a 5-ounce glass bottle. The CPSC said the only remedy is a refund.